Composer Errollyn Wallen: ‘Christmas carols are about singing together, and about community’

The British composer on what drives her in her craft, what we can celebrate about music in 2020 – and what makes the perfect Christmas music.

“I feel there’s no point in being a composer unless you can feel compassion for other human beings,” Errollyn Wallen says.

“Every human being tends to slightly carry an element of fear going into a new year, while looking back over the year that’s gone. Christmas could be a time where we’ve lost loved ones, and I’m always aware that it can be so hard for some people. There are people who are vulnerable, living alone, and music is a great comfort,” she tells Classic FM.

Wallen’s Christmas carol, ‘Peace on Earth’ has been recorded by The Choir of King’s College, Cambridge and the late Sir Stephen Cleobury. It’s a beautiful, reflective – even mournful – piece that feels just right for this festive season especially (watch below).

Read more: How to stream the Classic FM Christmas playlist >

The beautiful carol is dark, but with a sense of hope. Wallen explains: “For a long time I really wanted to write a Christmas carol that wasn’t religious. I wanted it to reflect the sense of darkness, and hope for the light, that I think so many people feel at Christmastime.

“There were some technical things I wanted to do as well. I have gone for fairly simple melody, but the accompaniment has the sense of slight unease and tension in it. And the rest just came to me, one day. The music came first, and then I worked to make the words and the melody line.”

Read more: The 30 greatest Christmas carols of all time >

What makes a Christmas carol special?

Christmas music seems to have such a specific ring to it; to usher in festivity even more than trees, and lights, and our favourite wintery food and drink.

“Yes,” Wallen says. “I remember the feeling as a child encountering carols for the very first time – I remember loving ‘Once In Royal David’s City’. And I remember thinking ‘What is it that makes this carol so special?’

“But you can’t just copy from the past – you have to be yourself. And I think every carol conjures up to me a sense of place and a sense of atmosphere, and that’s the key to all Christmas carols – if you can conjure up that atmosphere, whatever it is.”

For Wallen, Christmas carols are “about singing together, and about community.”

“That is a carol,” the composer enthuses. “When you’re in a church, the choir sings and the congregation joins in. And carols are also of course sung outside church, and are part of our heritage.” Wonderful.

2020 has been defined by the coronavirus pandemic, something that has challenged the music industry as much as it has many others.

“What’s surprised me most about 2020,” Wallen philosophises, “is the extent to which people, certainly in the United Kingdom, seem to feel that whatever they’re doing now is going to last forever.

“There’s an unpreparedness for change, whether that’s forced upon you or not. It’s as if some people have been outraged that things have had to change or temporarily stop.”

Carols will connect us in the face of this. And music.

“I was talking to a friend the other day about the recent changes and restrictions – and about concerts being cancelled – and I pointed out that it’s essential travel, and my friend said ‘no it isn’t’.

Wallen was taken aback and pondered this. “So many people, even musicians, somehow don’t see music as essential. But it’s the most enduring and life-binding thing that humans can make together, and take part in.

“It’s absolutely an essential part of life. I’m not saying that because I’m a musician either. It just absolutely is. I mean, can you imagine if, as well as having to stay at home, music stopped? I don’t think people could live, do you?”

2020 has also been defined by Black lives – and losses, namely the death of George Floyd which sparked renewed energy in the Black Lives Matter movement and strides by individuals and institutions to tackle racial inequality.

Wallen reflects on this. “I think the struggle since the murder of George Floyd, and the fact that now everyone seems to be aware of the problem [is hopeful],” she says. “There was a time before where people seemed to think that ‘this is a Black person’s problem’ and now we’ve woken up to the fact that everybody on this earth is equal and we must strive to combat forces that tell us otherwise.”

Has classical music made strides in addressing inequality and a lack of Black representation?

“But within the classical music world, there are some tremendous people doing some great work, and institutions that aren’t doing anything to address the issues are being called out on it.”

Read more: Kadiatu Kanneh-Mason – ‘Black boys in state schools are not expected to pick up an instrument’ >

Wallen cites Chi-chi Nwanoku’s Chineke! Foundation, Sphinx in the US, the National Youth Orchestra, Royal Scottish National Orchestra and Wigmore Hall as all standing out for their ongoing work championing diversity and representation in music.

“It is so important to remember that the training of a classical musician is really quite expensive. If a child wants to pursue music it becomes a class question – how do you support children in their tuition so they can be the best musician they can be? That has to be solved.”

The Choir of King’s College, Cambridge’s recording, ‘Peace on Earth’, is out now on the choir’s own label. Click here to listen, buy and find out more.

What’s the theme music in Netflix’s ‘Ratched’, and where do I know it from? 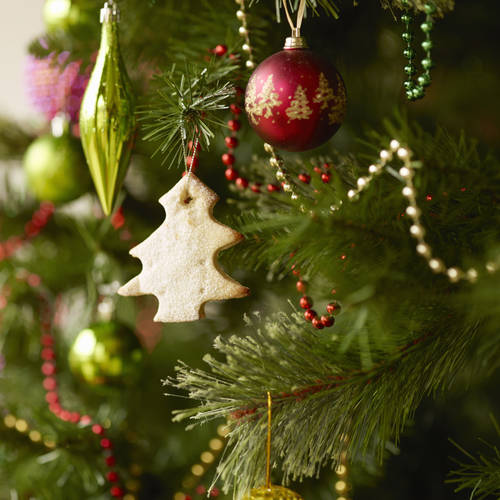