A unique and inspiring orchestral project has prompted a revealing documentary about life in Cateura, Paraguay, explaining how music brings hope to the landfill town.

Remarkable young people in the poverty-stricken landfill town of Cateura, Paraguay, are the stars of a moving documentary, playing unique instruments made from rubbish from a landfill site.

Many children forced to work in the landfills have been brought together by classical music in an ensemble known as the Recycled Orchestra.

The film, directed by Graham Townsley, follows the story of ecological technician Favio Chávez, who began using the rubbish in the landfill to create instruments for the children in nearby neighbourhoods. 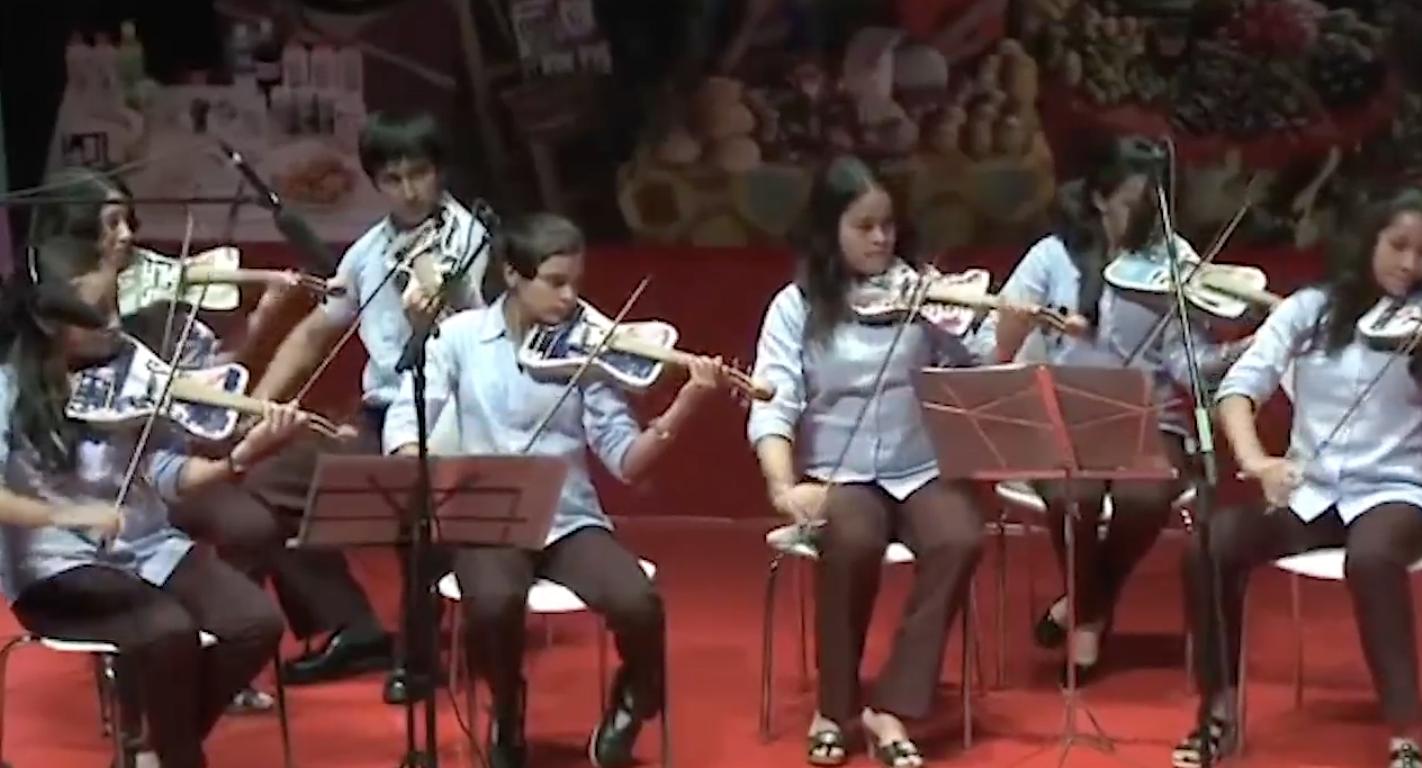 In the film trailer, cellist Juan Manuel Chávez plays the beautiful Prelude from Bach's Cello Suite No. 1 in G on an instrument made from an oil can and discarded wood.

“My life would be meaningless without music,” says one of the performers, highlighting the impact of the Recycled Orchestra project.

Cateura is built on top of a landfill site which receives more than 1,500 tonnes of waste each day.

Lying as it does on the banks of the Paraguay river, the site threatens the water supply and health of the residents.

Orchestra plays on as conductor’s trousers fall down during performance

This Austrian ‘tongue choir’ is a deeply distressing choral experience

These service dogs attended a musical as part of their training