Niccolò Paganini was such a gifted violinist, people thought he sold his soul to the devil

Some thought he was a metaphorical musical God, others thought he literally got his virtuosity from a deal with the Devil. But what was the real story behind Niccolò Paganini’s genius?

Born on 27 October 1782 in Genoa, Italy, Niccolò Paganini was an incredibly gifted musician, and is widely considered one of the greatest violinists of all time.

He started playing the mandolin aged five, before taking up the violin aged seven and giving his first public performance aged 11 in Genoa. At the age of just 15, the talented teenager started playing solo tours.

The 19th century produced a number of extraordinary violinists – but none like Paganini. His talent was so beyond that of his peers that people started to believe he had made a pact with the devil.

It was even rumoured that Paganini’s mother had sold his soul to the devil so he could become the greatest virtuoso in history.

Read more: These are the hardest pieces ever written for the VIOLIN

Aged 13, Paganini was sent to study with famous violinist and teacher, Alessandro Rolla.

Rolla quickly saw Paganini’s talent, and decided there was nothing else he could teach him. So, he passed him onto his own teacher, Ferdinando Paer – who later referred him to his teacher, Gasparo Ghiretti.

The young Paganini was clearly a child prodigy. But when 15-year-old Paganini embarked on solo tours, he had a breakdown and turned to alcoholism.

The violinist’s fame slowly turned him into a heavy gambler, drinker and a serial womaniser. A rumour even spread that Paganini had murdered a woman, used her intestines as violin strings and imprisoned her soul within the instrument. Women’s screams were said to be heard from his violin when he performed on stage.

One thing was for sure: Paganini’s skill on the violin was unparalleled. He was one of the first solo violinists to perform publicly without sheet music, choosing instead to memorise everything.

It is said he could play 12 notes per second – a feat later achieved by violinist David Garrett, who plays Paganini in The Devil’s Violinist, a 2013 film based on the composer’s life story.

Paganini was a striking man with hollow cheeks, pale skin and thin lips. He was very tall and thin, and often dressed in black.

He also had very long, thin fingers and without the restriction of performing with sheet music, he flailed about on stage, earning him the nickname ‘Rubber man’.

It is now believed that Paganini’s unusual finger length, which allowed him to play three octaves in one hand span, was due to Marfan syndrome, a genetic disorder. Equally, his ability to play at incredible speed could be attributed to Ehlers-Danlos syndrome, a disorder which causes increased flexibility and a lack of coordination.

The violin was also regarded by some as the devil's instrument, so all in all, it's not surprising that rumours about a deal with the devil started circulating. Some even thought Paganini could be the Devil himself.

One of the first rumours came out of a concert in Vienna, where one audience member said they thought they had seen the devil helping Paganini play. People soon began claiming to have doppelgängers of Paganini with horns and hooves.

It was even said that the Devil once made lightning strike the end of Paganini’s bow during a performance.

How did Paganini die?

Paganini was sickly for much of his later life. He contracted syphilis in 1822, which was treated with mercury, leading to further health problems.

In 1834, he caught tuberculosis and recovered shortly after. But later that year, he found himself getting weaker and decided to retire from public performance, aged 54, and spent his last years teaching the violin.

Paganini died of larynx cancer on 27 May, 1840 in Nice, France. Before his death, he turned away a priest offering him last rites, the final prayers Catholics receive at the end of their lives.

Paganini said he turned the priest away was because he thought he wasn’t going to die – but those who believed he was in league with the devil didn’t buy this explanation.

A week later, Paganini died without receiving the last rites and his local church refused to bury his body on consecrated ground – even though he was a member of the Order of the Golden Spur.

Over the next four years, his corpse would be transported on an extraordinary tour of Europe. His embalmed body was left on his deathbed in Nice for two months, before it was transferred to the cellar of the house, where it remained for over a year.

After his local church refused to bury him, his body was later taken to an abandoned leper house, before being moved to a cement vat in an olive oil factory and later to a private house near Nice.

Almost four years after his death, Pope Gregory XVI allowed the violinist’s body to be transported to Genoa, and he was finally laid to rest in La Villetta Cemetery in Parma, Italy – some 200km from his birthplace in Genoa. 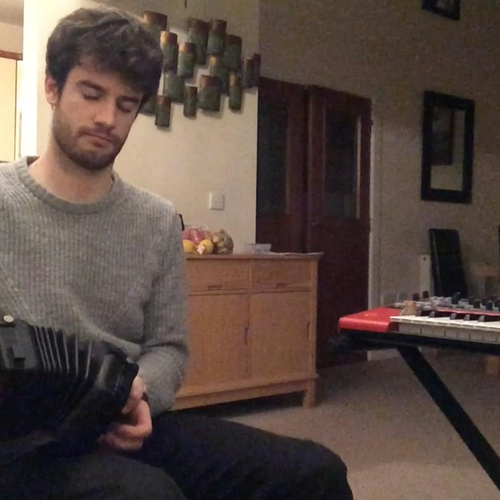