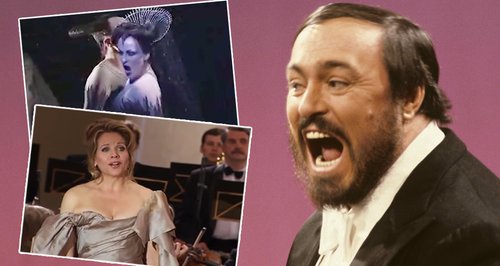 If you’re a newcomer to opera or just looking for some recommended recordings of the best arias ever written, here is our complete guide.

Mozart - the Queen of the Night's Aria

Otherwise known as 'Der Hölle Rache', this utterly stunning acrobatic aria from Mozart's The Magic Flute is the first one most people think of when asked 'what's that one really difficult soprano aria?' You can see why...

Puccini’s popular aria, taken from the less well known opera Gianni Schicchi, is one of those arias that every soprano needs to have in her repertoire. Sung by Lauretta who is in the middle of a family feud, the heartfelt lyrics translated as 'Oh my beloved father...' make the song all the more moving.

The historic greats all recorded it – Montserrat Caballe, Victoria de Los Angeles and, perhaps the most famous of all, Maria Callas. This version is by Susanna Hurrell:

La fille du régiment (The Daughter of the Regiment) is an opéra comique in two acts by Gaetano Donizetti written in 1840. This opera is famous for the aria 'Ah! mes amis, quel jour de fête!' (sometimes referred to as 'Pour mon âme') as it has been considered the "Mount Everest" for tenors. It features nine high Cs and features early in the opera, giving the performer less time to warm up their voice.

It is said that Luciano Pavarotti's stardom is reckoned from a performance of 'Pour mon âme', so it is only fitting to tribute his performance here:

Susanna's aria is taken from the opera buffa (comic opera) Marriage of Figaro, composed by Wolfgang Amadeus Mozart in 1786. The opera tells how the servants Figaro and Susanna succeed in getting married, foiling the efforts of their philandering employer Count Almaviva to seduce Susanna and teaching him a lesson in fidelity.

Listen to this stunning performance by soprano Lucia Popp performing at the Paris Opera Garnier in 1980:

'Che gelida manina' is an aria from La bohème, an opera in four acts, composed by Giacomo Puccini.

This aria has been recorded by nearly 500 tenors in at least seven different languages between 1900 and 1980, but the performance in 1906 by Enrico Caruso, who was closely associated with the role of Rodolfo, will never be forgotten:

The aria from Tatiana's Letter scene is from the opera Eugene Onegin composed by Pyotr Ilyich Tchaikovsky. Eugene Onegin is a well-known example of lyric opera, to which Tchaikovsky added music of a dramatic nature. The story concerns a selfish hero who lives to regret his blasé rejection of a young woman's love and his careless incitement of a fatal duel with his best friend.

In this particular scene the young Soprano Tatiana played by Anna Netrebko pours her feelings of love into a letter to the male lead, Eugene Onegin:

Dido's Lament is the aria "When I am laid in earth" from the opera Dido and Aeneas by Henry Purcell. It is played annually in London by the massed bands of the Guards Division at the Cenotaph remembrance parade in Whitehall on Remembrance Sunday, the Sunday nearest to November 11 (Armistice Day).

We asked an expert to explain why Dido's Lament breaks our heart every single time. This performance by Dame Emma Kirkby, who also performs alongside Classic FM's very own Catherine Bott on the album Purcell: Dido and Aeneas, is specially touching:

Probably the most famous opera aria in the world – principally, of course, because of Italia 1990 World Cup and the phenomenal success of The Three Tenors.  From the opera Turandot, this aria is full-on, romantic Puccini at its best, with the lyrics translating as "None shall sleep"!

Pavarotti’s recording of this aria from the opera Turandot is still seen as one of the best – along with Jose Cura’s coming a close second:

This Neapolitan love song, written in 1898, has been covered by everyone from Italian crooners like Mario Lanza to modern-day stars like Bryan Adams - and even Elvis, too, in his day.  It’s not from an opera, but is very operatic in sound.

Like most popular arias, one of the best versions is a live recording by the Three Tenors, Luciano Pavarotti, Jose Carreras and Placido Domingo.

If there's one aria that any baritone needs to master (baritone basically being somewhere between a bass and a tenor) it is this fun, comic showpiece from Rossini's The Barber of Seville. It is also incredibly difficult to pull off successfully, mainly because it stretches the voice to its limits and is filled tongue-twisting Italian superlatives.

This aria from Bellini’s opera Norma was the signature tune of the most famous, most adored opera star of all time - Maria Callas (or ‘La Divina’ to her millions of fans).  It’s probably the best example of a ‘bel canto’ aria – a particular type of singing which demonstrates the amazing range of a soprano, and her ability to dazzle with the high notes.

Or, ‘women are fickle’, if you translate it.  That gives you an idea of the comical nature of the music here from Verdi’s opera Rigoletto.

It’s a big hit for tenors and Juan Diego Florez gives it a particularly great rendition:

This Barcarolle is sung as a duet in Les Contes D'Hoffman (The Tales of Hoffmann) – a rich, lush French opera by Offenbach.  Barcarolles are a musical style which are meant to be reminiscent of the rhythm of gondoliers and the best of them have a gentle, lulling sound.

Although the original music is from La Forza del Destino ('The Force of Destiny' ) by Verdi, it was its use in Jean Claude Petit's music for the film Jean de Florette which brought it to a huge audience for the first time (oh - and that Stella Artois ad!)

One of the best recent recordings of this piece is by the British soprano Natasha Marsh on her self-titled debut album: