These world-famous musicians came in and performed exclusively for us 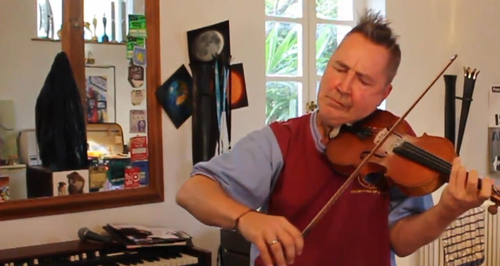 Some of the world’s best musicians have popped into the Classic FM live session studio to perform exclusively for us. Here are our favourites, from Nigel Kennedy to Lang Lang

We caught up with the incomparable violinist at home and he gave us this exclusive session.

The world-famous pianist played a live session in Steinway & Sons in London. Here's his phenomenal Rachmaninov:
His new book, Memoirs and Reflections, is out now.

The Piano Guys have made a name for themselves with their unique spin on famous pieces – here's their witty take on Bach's Cello Suites.

As passionate about metal as Baroque music, Rachel Barton Pine played some Paganini, Brahms – and some Metallica just for us.

Arguably the most famous pianist in the world, Lang Lang made some time to treat us to some live Tchaikovsky.

Backstage at Buckingham Palace, the legendary Russian violinist played some Bach. As you do.

The legendary violinist popped in to the studio and played some stunning solo Bach, just for us.

The guitarist treated us to some absolutely beautiful solo playing
And you can catch Sean performing his new project softLOUD at the East Neuk Festival this June – find out more here.

Gorgeous, ethereal singing from one of our favourite choirs, tackling a sublime Stanford song - 'The Blue Bird'.

We challenged Wayne Marshall to improvise on a set of well-known tunes on the massive Royal Albert Hall organ. He did *not* let us down.