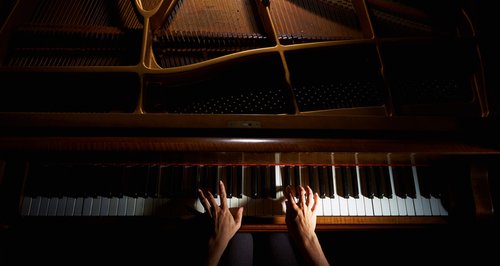 The aim of the study was to gain a better understanding of how playing a musical instrument improves senses in a non-musical way. A range of participants were involved in the study, including 16 musicians made up of pianists, violinists, percussionists and cellists who started learning an instrument between the ages of 3 and 10 years old, alongside 19 non-musician participants.

The study involved clicking a mouse every time the subject sensed a vibration or noise. The results of the study showed the musicians performed on average 30% better than the non-musicians. A further conclusion of the study suggested that musicians may make safer drivers than non-musicians.

Lead author of the study, doctoral student Simon Landry who is researching how sound and touch interact, said:

"Reaction times are related to cognitive function. Having faster reaction times could help reacting to something when you're driving, if your attention is focused on driving, or if your job requires you to react to something quickly."

Mr Landy also suggested the results of the study could be useful for elderly people, proving learning an instrument later in life could improve cognitive as well as motor functions.

"As people get older, for example, we know their reaction times get slower. So if we know that playing a musical instrument increases reaction times, then maybe playing an instrument will be helpful for them... The more we know about the impact of music on really basic sensory processes, the more we can apply musical training to individuals who might have slower reaction times."