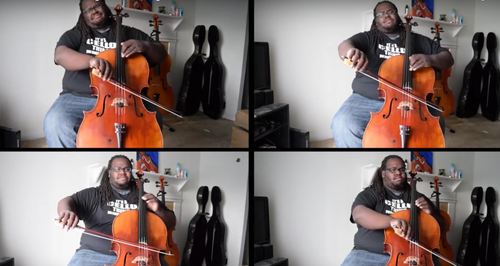 Cellist Cremaine Booker created a multi-screen interpretation of Samuel Barber’s Adagio for Strings as a tribute to Alton Sterling and Philando Castile.

Booker’s moving tribute stands out as a wordless one among the many reactions to the two shootings in Louisiana and Minnesota, and five further fatalities at a protest in Dallas when a sniper opened fire on police officers.

The cellist, also known as That Cello Guy, has created many innovative split-screen videos, but this version of the famous Adagio has already been seen nearly 2 million times.