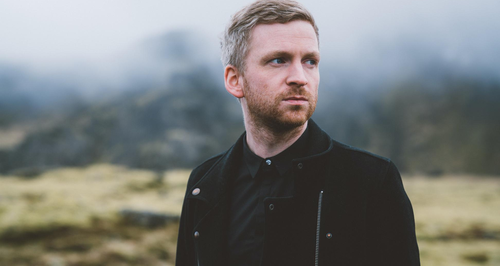 Ólafur Arnalds is on a unique musical journey. Over seven weeks, he's travelling to seven different locations in his native Iceland to record and release a series of new compositions. At every location he's collaborating with a local artist or group to create and perform a new song which is then released each Monday.

So far he is three weeks into the Island Songs project and has released three videos:

A small, wooden, stave church, known as the Church of Sailors, sits in an empty landscape, with views of the ocean from a lonely beach. Hilmar and Georg, father and son, conductor and composer, gather here with a choir made up of people from the local area.

The shores of Önundarfjörður are surrounded by picturesque valleys and mountains. But in winter this can be a harsh and treacherous landscape. In October 1995 a devastating avalanche struck Flateyri, a small village in the area and now, next to the church a memorial stone bears the names of the people who lost their lives. Dagný Arnalds is a music teacher who lives in this remote area and plays the organ and harmonium in the local churches of Flateyri and Holt.

Coloured fishing vessels are often moored in the tiny harbour of Hvammstangi, a town that sits in the eastern shore of the Miðfjörður. The name is derived from ‘hvammur’, which means a green space in a mountain and is now home to Einar Georg, a poet and teacher in Icelandic and literature. He moved to this remote town two years ago to retire and continues to write poetry.