What actually is perfect pitch – and how do I get it?

‘Q: How do you tell if someone has perfect pitch? A: They’ll tell you.’

If you have perfect pitch – or ‘absolute’ pitch – you can sing or play any note on the spot, with no former guiding note.

OK, so how do I get perfect pitch?

Some people believe you can only have ‘true’ perfect pitch by being born with it. According to Brady (1970), Ward and Burns (1999) and Levitin and Rogers (2005), “training that begins after the age of nine very rarely leads to [perfect pitch], and there are no known cases of an adult successfully acquiring it.”

But there is also evidence that you can develop perfect pitch without having a mystical, innate ability. A study carried out a few years ago at the University of Chicago tested a group of students with varied amounts of musical experience, before and after a period of pitch recognition training.

The students showed significant improvement after the training, and those tested a few months later had retained the ability to recreate the notes, without any reference.

So, with the correct training, it is perfectly possible for adults to learn to have perfect pitch. If you fancy giving it a try, a good place to start would be A LOT OF PRACTICE.

> Do you have perfect pitch? Take our test!

And what about relative pitch?

Relative pitch is a bit different, in that it allows you to identify a note by comparing it to a reference tone. It is a lot more common among musicians, and can be as simple as asking a musician to play an ‘E’, while giving them an ‘F’ as a reference.

It can also mean you are able to recreate certain notes in the scale, simply by being frequently exposed to them. For instance, if you’ve played in an orchestra and have the sound of that concert ‘A’ ringing in your ears, you might be able to recreate that note and use it to find your way around the whole 12-tone scale.

Which musicians and singers have perfect pitch?

Some of the greatest classical composers, including Mozart, Beethoven, Chopin and Handel all had perfect pitch; and it’s not so rare in the pop world either.

Mariah Carey has it, as did Michael Jackson, Ella Fitzgerald and Bing Crosby. Charlie Puth, for all his current popularity, was supposedly bullied at school for having perfect pitch. He told The Independent: “I found out that I had something 0.5 per cent of the population has, a type of perfect pitch, where I can hear notes and play them back right away.

“It was mostly verbal, like name-calling and such, the verbal stuff was massive amounts of discouragement like, ‘how could you remotely think you could make it in this industry?’, but I didn’t listen, because I knew I was pretty dope.”

But despite the general feeling of awe that surrounds perfect pitch, it isn’t all that helpful to see it as a measure of musical ability (no offence, of course, to Charlie Puth).

It does make a pretty impressive party trick, though: 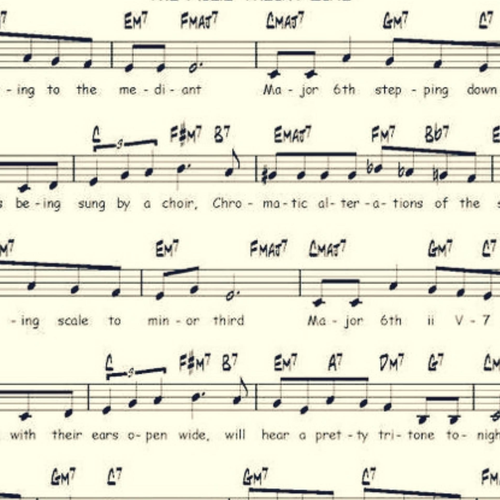