A technical analysis of Mariah Carey’s voice in ‘Without You’

She’s the soprano whose style has been nicknamed “no syllable left unstretched”. But aside from cramming endless runs into her melismas, what exactly is Mariah Carey doing with her voice?

Mariah Carey, known for her extraordinary whistle notes and five-octave range, has a voice that people have been obsessed with for years.

And she has an exceptional way of producing it: through and with the help of nodules – a word that would bring fear into the hearts of most singers – on her vocal cords.

“Dolphins would hail her as a kindred spirit. And she could nail those Queen of the Night arias from Mozart’s Magic Flute,” says professional soprano and Classic FM presenter Catherine Bott.

So, what’s special about her version of ‘Without You’?

Using her hit song ‘Without You’, written by Pete Ham and Tom Evans of Badfinger in 1970, we asked Catherine Bott to analyse Mariah Carey’s vocals.

Famously re-released by Harry Nilsson in 1971, ‘Without You’ won a Grammy for Record of the Year. Paul McCartney later called it “the killer song of all time”.

Its power comes from a bunch of really simple, but really emotive piano chords. The way Nilsson uses the opening chords to build up to the climax of the chorus, only to bring us straight back down again, is just agonising.

But then in 1992, Mariah decided to release this cover version. And it was... different.

“In the original, there’s a little retake on the ‘yes it shows’,” Catherine Bott says. “But Mariah Carey makes it: ‘yes it really shows’. Then, she comes back to the same tune, and she really goes for it: ‘it’s time to let you know, what you should know’.

“The chorus, she sings in a very strong chest voice. It’s raw, naked, visceral singing, and it sounds a bit like a shout.”

“Mariah is brilliant because she takes that shouty voice higher in pitch than any classical singer that I’ve ever met. It’s really, really impressive.

“Then when she sings ‘yes it shows’, there’s a twiddly bit she does that covers an octave and a half. That’s really brilliant, and so effortless.”

If Nilsson’s style is quiet, lonely anguish, Carey’s is a deafening, public display of agony.

Bott continues: “Towards the end of the song, we get a huge gospel sound coming in, because Mariah is doing a live gig in this recording.

“She’s not in a studio all lonely on her own, she’s got a huge and enthusiastic audience in front of her, she’s got a great big band and four fabulous swaying backing singers behind her who are going to let rip.”

Despite Mariah’s tendency to revert to ‘diva’ mode no matter the context, her cover of ‘Without You’ proves she is anything but a copycat artist.

“At the end, she shows us it’s really been exhausting to perform it,” says Catherine. “And it probably has, because she’s put a lot of emotion in. But in a classical coloratura number, the singer would always be keen to make it look absolutely easy-peasy.

“However, unlike classical performances, where your main aim really is to share someone else’s – the composer’s – intentions in their music, in pop, it’s your job to put your stamp on everything.

“So although Mariah has used Nilsson’s famous piano chords at the beginning and the end, she’s completely made it her own. This is Mariah, being really unhappy in a crowd. So that way, it doesn’t sound like a cover version.”

A ‘by the numbers remake’?

Mariah Carey’s version of ‘Without You’, although it is decidedly very ‘Mariah’, has also been labelled a ‘by the numbers remake’.

Bott explains: “You could say that perhaps, this is a song about somebody who is heartbroken at having been abandoned by somebody they love. And this great big treatment of the song, with all its virtuosity, takes all the intimacy of the lyric away.

“She’s taking a great song and in order to customise it for her, she’s using all the formulae she uses to sing.”

Which version is better?

If it’s raw, honest emotion you’re after, you might be better off sticking to Nilsson’s version.

But if you want a flavour of Mariah’s killer formula: melismas, finger-waggles and utterly virtuosic singing, you’ve come to the right place. Here she is singing ‘Emotions’, with whistle notes aplenty:

The Government’s new NHS COVID-19 App: where to download it, how to use it and how your data is protected

Promoted by The NHS COVID-19 app

How well can you read music? Only a true musician will score 98% in this quiz

If you can answer all these classical music questions without Googling, you’re a genius

QUIZ: What percent Beethoven are you? 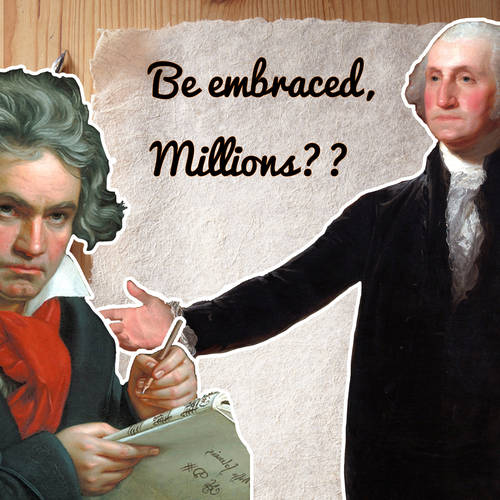 QUIZ: Are these lines from the US Constitution or Beethoven’s Ode to Joy? 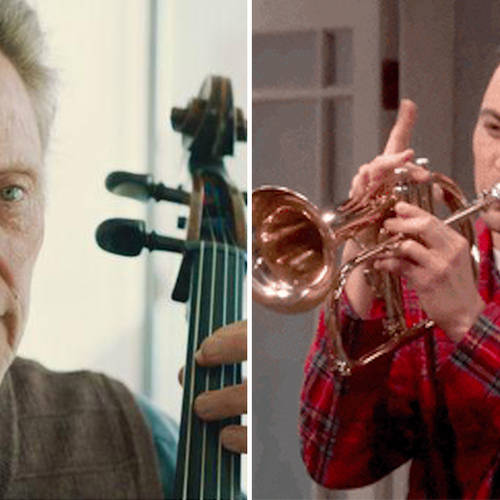 Quiz: Can we guess your age from your practice habits?

What’s the scary music in Netflix’s ‘Ratched’, and where do I know it from?