Because sometimes, it’s simply not convenient to stage a week-long concert in the foothills of the Himalayas. *throws score into air, flounces off*

Scriabin’s never-really-performed piece Mysterium was intended to be performed over the course of a week in the foothills of the Himalayas, and to be followed by the end of the world. Sure thing, Alex, we’ll get right on it.

John Cage’s masterwork is currently being performed in a church in Germany, and is scheduled to finish in the year 2640, making its total running time over 600 years long. Couldn’t he just have made 4’33” a bit longer instead?

Oh come on mate. Just look at the state of that score. 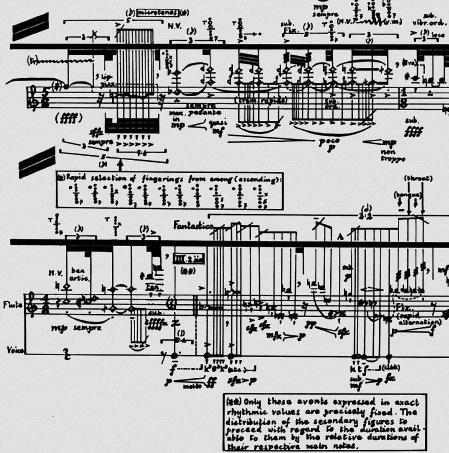 In one memorable section of Partch’s piece that blurs the lines between opera and dance, the orchestra itself is required to enact a scene in the shower room of a losing basketball team. Just imagine being in that orchestra. “Oh look, there’s Nigel from the percussion section. All of him.”

French provocateur and theoretical maniac Yves Klein’s big idea for his Monotone Symphony was designed to test endurance. It consists of one sustained chord from the orchestra which lasts 20 minutes, and then a further 20 minutes of silence.

The only instruction for this piano piece stipulates that the performer must bring onto stage with them a bale of hay and some water. The performer then has the option to “feed the piano or leave it to eat by itself.” The piece can only be declared over once the piano has been fed, or if the piano decides it isn’t hungry. YES OK LA MONTE YOUNG THAT’S FINE BY US. 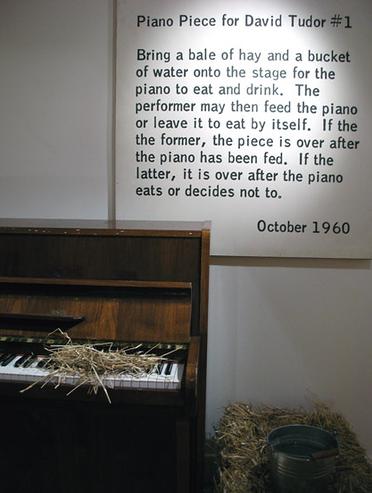