This guy drew a musical unicorn and it sounds MAGICAL 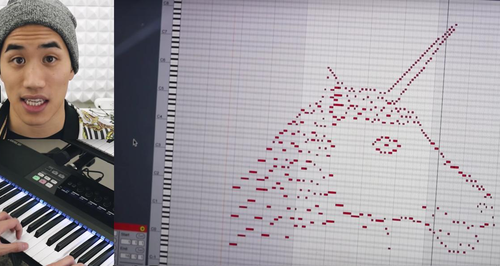 The unicorn plays music. Or the music makes a unicorn. Whatever: either way, it's incredible.

You may have seen his video where he inverted all the intervals in Beethoven's Für Elise, but this time he challenged himself to create a 'Midicorn'.

After drawing around his unicorn mask, named Timmy, he traced it with midi notes. After a few tweaks and turns, he found the perfect results, and it is as no less glorious than you would expect from a unicorn:

See how Andrew did it here: