Exclusive: First chance to listen to a track from the Game of Thrones Symphony 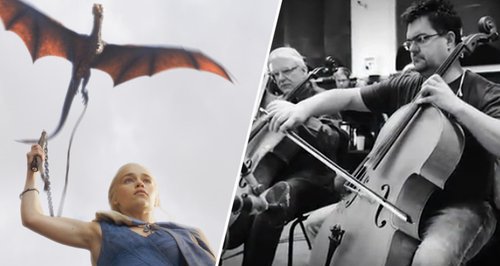 Ramin Djawadi’s music for Game of Thrones has become iconic – and it's now been arranged as a symphony. We’ve got an exclusive video of one track – ‘Winter has Come’ – being recorded

Are you one of the 8.9m people who tuned in to the season six finale of HBO’s Game of Thrones to find out what happened to the great houses of Westeros.

The series, based on novels by George R.R. Martin, is one of the most successful series of all time, and Ramin Djawadi’s music has been key to its success.

Ramin Djawadi's Game of Thrones music has been arranged into a symphony by Evan Jolly and the recording was produced by Rick Clark?

Exclusive video: ‘Winter has come’ from the Game of Thrones Symphony

And you can hear another track, exclusively, live on Classic FM, this evening at 6.30pm. Listen live here.