Andrea Bocelli will perform at the first ever Global Awards 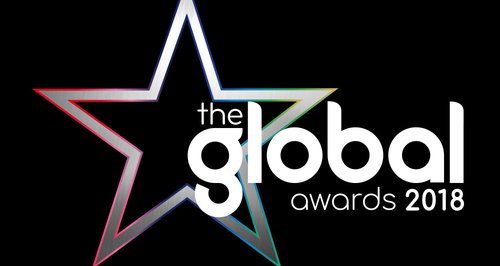 A brand-new awards ceremony has been announced: The Global Awards will take place in 2018 and will feature a star-studded line-up.

Global have announced the first-ever Global Awards, which will see Classic FM teaming up with our sister stations Capital, Capital Xtra, Heart, Smooth, Gold, Radio X and LBC for a ceremony that celebrates the biggest and best-loved music and entertainment in the UK and around the world.

The first wave of acts set to perform at the ceremony has been revealed, and of particular interest to Classic FM listeners will be the legendary tenor Andrea Bocelli.

One of the biggest selling classical artists of all time with record sales of over 80 million, he’s also the world’s most popular crossover artist. His duet with Sarah Brightman, ‘Time to Say Goodbye’, is one of the best-selling singles of all time and he’s currently in the running for Christmas number one with his collaboration with Ed Sheeran, ‘Perfect Symphony’, an orchestral version of Sheeran’s chart-topping hit, ‘Perfect’.

Joining Bocelli on the star-studded line-up will be Sam Smith. The international singing sensation’s long-awaited second album ‘The Thrill of It All’ debuted at number one in both the UK and the US when it was released last month. With six UK number one hit singles, Smith has also won four Grammy Awards plus an Oscar for ‘Writing’s On The Wall’ from the Spectre soundtrack – the first James Bond theme ever to reach number one in the UK charts.

Also performing at the awards will be Rita Ora, one of the UK’s biggest solo stars: she is due to release her second album next year in what is one of the most hotly anticipated musical comebacks of 2018. With four UK number ones, her latest track ‘Anywhere’ spent three weeks at the top of The Official Vodafone Big Top 40.

One of Britain’s biggest bands and best live acts, Kasabian will also perform. The four-piece have had five number one albums and a host of top ten hits, including the massive anthems ‘Fire’ and ‘Empire’.

Also confirmed to appear is the world’s number one DJ, Martin Garrix. Martin is the youngest artist ever to top DJ Mag’s prestigious annual Top 100 DJs poll. He’s had a huge year, with Ibiza residencies at Ushuaïa and Hï Ibiza plus massive collaborations with Dua Lipa on ‘Scared To Be Lonely’ and the recently released ‘So Far Away’ with David Guetta.

Find out more about the Global Awards by visiting global.com/awards

The public and a panel of industry experts will vote for The Global Awards.

Ashley Tabor OBE, Global’s Founder & Executive president, said: “At Global, we’ve built some of the UK’s biggest radio stations and media brands.  Through their reach, we’re in the privileged position of entertaining and engaging more than half the UK population every single week.”

“This means we’re perfectly placed to create the biggest and best music and entertainment awards the UK has ever seen, supported by Global’s incredible listeners who will be voting for some of their favourite artists in popular categories.”

He continued: “Global also has a great reputation for on putting on world class events, and The Global Awards will be no exception!”

Tickets for the event go on sale in January.