Over 100,000 pupils to lose out on music and arts with EBacc, according to research 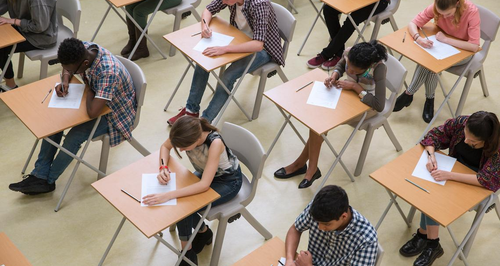 Pupils from less wealthy backgrounds will lose the opportunity to study subjects including music, drama and design according to research by the Arts Professional website.

Analysis by Arts Professional suggests that over 100,000 pupils in England will lose out on music and arts education with the introduction of the English Baccalaureate.

The EBacc is made up of the following GCSEs:
English (Language and Literature)
Maths
Science (with an option of a course that covers either 2 or 3 GCSEs)
History or geography
A language.

The minimum number of GCSEs, therefore, is seven. The government has said that other subjects, such as music, can be studied in addition.

Among lower achieving pupils the number rises to 43 per cent.

In the EBacc system, Arts Professional suggests, those pupils wouldn’t have the opportunity to study any subject outside the seven compulsory EBacc GCSEs. That includes music, drama and fine art.

Deborah Annetts, co-ordinator of the Bacc for the Future campaign told the website: “The EBacc must be reviewed or scrapped if we are to avoid access to the arts in secondary schools becoming the preserve of those who can afford it”.

The Government has set a target for 75 per cent of pupils to study the English Baccalaureate by 2022 and 90 per cent to sit the exams by 2025.

In a statement to the Commons in July, then-Education secretary Justine Greening said:

"As a government we are committed to unlocking the potential of all pupils regardless of their background and this is why, as set out in our manifesto, we would like to see 90 per cent of year 10 pupils starting to study GCSEs in the EBacc combination of subjects by 2025.

"This will mark an important milestone in driving towards the government's ambition that the vast majority of pupils – irrespective of background – have access to this core academic suite of GCSEs, which is central to a broad and balance curriculum."

The EBacc has been criticised by high-profile figures in the arts world who are concerned it will limit access to artistic subjects.