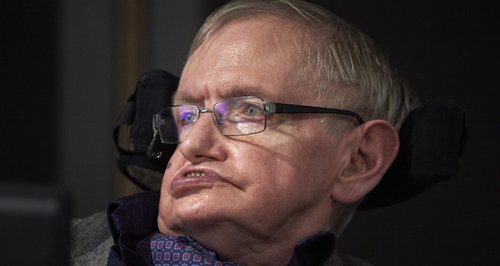 Professor Stephen Hawking, author of A Brief History of Time and renowned physicist, has died at home in Cambridge aged 76.

In a statement, Hawking’s children said, “We are deeply saddened that our beloved father passed away today… We will miss him forever.”

His work in physics and particularly on black holes has shaped modern opinion on science and advanced the scientific community’s understanding of the universe.

But aside from his indelible work in these areas, Professor Hawking was a keen fan of music, particularly Wagner. In 2006, Hawking selected his three favourite classical works for the Cambridge Music Festival, and plumped for Stravinsky’s Symphony Of Psalms, Wieniawski’s Violin Concerto No. 1 and Poulenc’s Gloria.

Telling the story of how he fell in love with classical music, Hawking once created his own soundsystem to play records on:

“I first became aware of classical music when I was 15. LPs had recently appeared in Britain. I ripped out the mechanism of our old wind-up gramophone and put in a turntable and a three-valve amplifier.”

“I made a speaker cabinet from an old book case, with a sheet of chip-board on the front. The whole system looked pretty crude, but it didn’t sound too bad.”

With his distinctive vocal delivery, Hawkins also once performed ‘The Universe Song’ made famous by Eric Idle and the Monty Python comedy troupe: