Amazon’s classical music comedy drama is back for a third series - and there's a cameo from Placido Domingo.

When is Mozart in the Jungle season 3 released?

The third season of Mozart in the Jungle will be available on Amazon Prime from December 9 2016. The announcement was marked on Twitter by the show's official account:

Following a trip to Mexico in season 2 to flesh out Rodrigo's back story, the new series features a trip to Europe and guest stars Italian model and actress Monica Bellucci as an opera singer.

Will there be any famous musician cameos?

In season 3, opera legend Plácido Domingo will make a cameo as himself. Here's proof: Monica Bellucci and Domingo on set in Venice (that's Gael Garcia Bernal sitting down on the right): 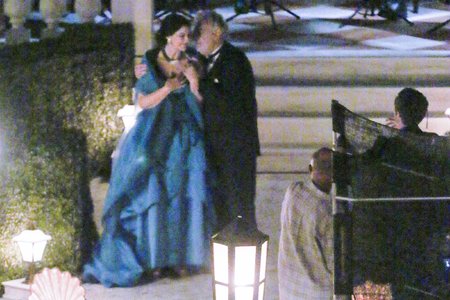 The Golden Globe-winning classical music comedy follows the adventures of Rodrigo, a brilliant Mexican conductor played by Gael García Bernal and young oboist Hailey (Lola Kirke) at the New York Symphony. The series is based on the book Mozart in the Jungle: Sex, Drugs & Classical Music by Blair Tindall, an oboist who performed with the New York Philharmonic during a 23-year music career in New York.

García Bernal will reportedly direct an episode of Mozart in the Jungle for the first time in series 3: the season finale.

Mozart in the Jungle soundtrack released

Amazon has released a soundtrack for MITJ, titled Mozart in the Jungle: Seasons 1 & 2. The soundtrack is a compilation of pieces heard in the first two seasons of the series, although fans might be disappointed at the number of obvious omissions, including Tchaikovsky's 1812 Overture, which the orchestra memorably performs on a building site in New York, and Mahler's Symphony No.8.

Download the album from Amazon or iTunes - or listen to the album below: