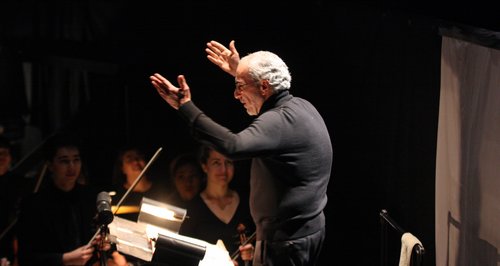 A pianist has accused Joseph Colaneri of exposing himself to her at a performance of La Traviata in 2001. He denies the allegations.

The pianist, who has chosen to remain anonymous, told the New York Post that Colaneri had attended a performance of La Traviata with her in 2001.

She told the paper that during the performance he exposed his penis and tried to move his hand to her lap. She pulled her hand away and left the performance at the interval.

The pianist, who was 25 at the time, was an apprentice in a summer programme at the San Francisco Opera. Colaneri was a visiting conductor on the programme.

“I was just horrified,” she told the paper. “This was my first important job in the opera world, and it nearly made me want to quit forever”

The pianist told her mother and colleagues at the time of the incident but didn’t report it.

“Everyone told me that the professional thing to do was just to ignore it and focus on my work. I was scared, but that’s what I did. Everyone kept telling me this is how things are.”

In a statement, Joseph Colaneri said:

“Truth and integrity are core values by which I live. The allegations which were made against me in the New York Post article of December 17, 2017, are categorically false and completely unfounded. This has been a devastating experience for me and my family.”

On 8 December the woman decided to make an anonymous complaint to the Metropolitan Opera, where Colaneri now works as a conductor.

Now 41, she works as an opera coach and freelance pianist. Until recently, she worked at the Mannes School of Music in The New School, where Colaneri is the head of the opera department. She lost her job at the school on 8 December.

She also claims that two days later, she was blocked from attending a production by the school in which her boyfriend was performing.

A spokeperson for The New School provided this statement:

“Based on our initial review of the facts, Mr. Colaneri had no involvement in the decision to terminate her employment. She was fired for multiple violations of university policy regarding her conduct involving students.”