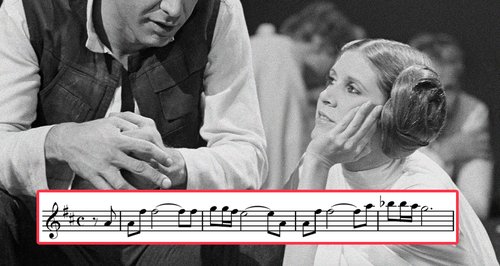 A year after the writer, actress and Princess Leia herself Carrie Fisher has passed away, we revisit the music that defined her for a generation.

John Williams has a knack for absolutely capturing the essence of a character, and with ‘Princess Leia’s Theme’ from Star Wars Episode IV: A New Hope, he managed to compile Carrie Fisher’s character’s complexity in a gorgeous horn melody.

Fisher, a renowned wit, writer and actress, died on December 27th 2017, aged 60, after suffering a heart attack on a flight from London. She had just completed filming on her final film role, Star Wars Episode VIII: The Last Jedi.

Williams’ deft, gentle melody on the French horn uses a typical Williams device - an interval of a 6th, providing a sense of incomplete yearning. The motifs that follow it are delicate, even romantic, but certainly enigmatic - a perfect encapsulation not only of Fisher’s character in the Star Wars movies, but Fisher herself.