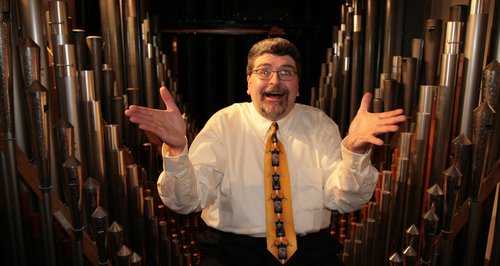 Famed for his charismatic playing style, the 'Pavarotti of the organ' supported himself through concerts, without the need for a church post.

American organist Carlo Curley died on Saturday evening, aged 59. He was one of few organists who supported himself through concert performances alone, rather than holding a church post, and was affectionately nicknamed the ‘Pavarotti of the organ’.

Born in North Carolina in 1952, Curley quickly made a name for himself as an excellent performer. He made history as the first classical organist to give a solo organ recital at the White House.

His charismatic performances are famous across the world, but he regarded England as one of his spiritual homes, alongside Scandinavia and his birthplace.

Amongst his achievements, Curley recorded the first commercial video of a classical organ performance. Classic FM has broadcast one of his performances from Westminster Abbey, and his recording of Bach’s Toccata and Fugue in D minor is a firm favourite among Classic FM listeners.

A statement on his Facebook page said: “We have lost a one of a kind organist, an irreplaceable one.”