The tragic story of a music teacher, discovered dead after two-and-a-half years 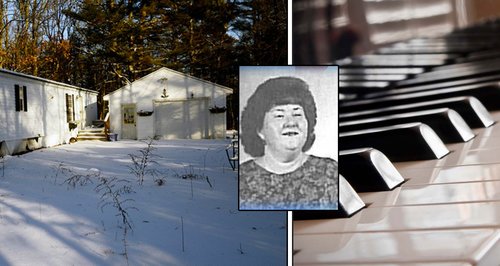 Lucie McNulty was found in her home in Wells, Maine, last week. It is thought that she may have been undiscovered for up to two-and-a-half years.

After spending her career in New York as a music teacher, McNulty moved to a mobile home in Wells, where neighbours say she became reclusive.

Her body was discovered by police in the bedroom, the Portland Press Herald reports. She had died of heart disease.

Police were initially alerted to the potential situation when one of McNulty’s old colleagues in New York was concerned that a Christmas card he’d sent had been returned to him.

This is the only yearbook picture Lucie McNulty ever took. Taken 1989, her first year at Casey Middle School. pic.twitter.com/ueJBEZNzQ9

It’s now been established that McNulty hadn’t paid her property taxes in over two years, and her telephone had been disconnected.

A former student told the Buffalo News about her experience with McNulty as a music teacher: “She wanted her students to succeed and took a firm hand in demanding excellence.”

“She felt we could all succeed. She wouldn't write anyone off.”

The story has caused much speculation and comment on social media.