In the middle of a nightmarish London tube strike, this guy jumped on a public piano and made everyone feel much better 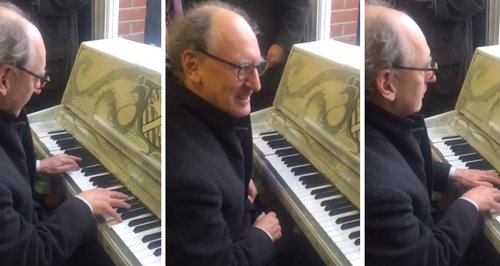 Tube strikes across London have upset the city’s commuters, but at Clapham Junction station one man proved that you just need a bit of piano music to calm things down.

The anonymous pianist was in Britain’s busiest train station during rush hour on the day of a 24-hour tube strike - and tempers were running high.

Clapham Junction station had been evacuated due to overcrowding and, naturally, the atmosphere wasn’t great. But one gentleman took advantage of the public piano by platform 17 to ease the woes of angry commuters by busting out a little bit of piano magic: