A cellist’s 18th-century instrument has been stolen in Paris 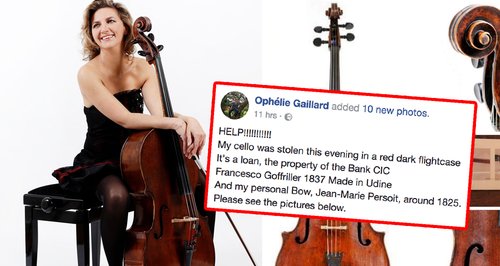 French cellist Ophélie Gaillard has appealed for help on social media after her instrument was stolen in Paris last night.

The Francesco Goffriller cello was made in Udine, Italy in 1737, was on loan from the Bank CIC. The case also contained Gaillard's bow, made by Jean-Marie Persoit around 1825.

The cellist has launched an appeal via her Facebook page: