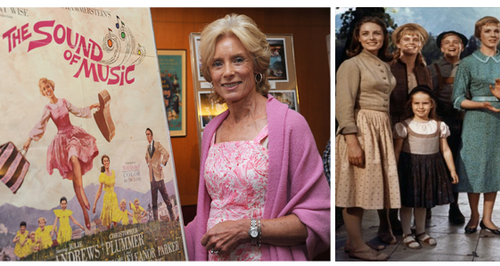 The actress who played Liesl has died aged 73. Here's her best loved moment.

Charmian Carr was born in Chicago in 1942. Her mother was a vaudeville actress, and her father was a musician and orchestra leader.

She was a college student when she auditioned for the 1959 film of Rodgers and Hammerstein's classic musical, starring Julie Andrews and Christopher Plummer.

Although Carr went on to be a successful interior designer - counting Michael Jackson among her clients - she was a regular at Sound of Music sing-along performances at the Hollywood Bowl, telling the audience that that they should consider the experience like going to a therapist.

She died from complications caused from a rare form of dementia.

The Sound of Music lost a beloved member of the family w/ the passing of Charmian Carr. She will be forever missed. pic.twitter.com/ehqec4uWrr

Fans' most cherised memory of Carr is the playfully ironic song 'Sixteen Going On Seventeen' in which Liesl tells Rolf that she can rely upon him for guidance, because he is a year older.  Let's remember that wonderful moment: