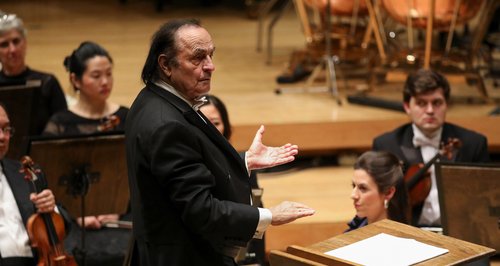 The announcement comes after several allegations of sexual misconduct were made against the conductor. Dutoit himself denies the allegations.

The Royal Philharmonic Orchestra has issued a statement saying Charles Dutoit has stepped down as the ensemble’s artistic director and principal conductor.

Dutoit had been due to leave the post in October 2019. That departure has now been brought forward.

“Following an emergency Board meeting and further dialogue with Charles Dutoit, the RPO and Charles Dutoit have together decided to bring forward his resignation from his role as Artistic Director and Principal Conductor. Charles Dutoit had already announced in June 2017 that he would stand down in October 2019; this will now take place with immediate effect.”

The orchestra said the decision was down to “the protracted uncertainty and media reporting [making] Mr Dutoit’s position with the Orchestra untenable.”

Four women have made accusations against the conductor in a report by the Associated Press.

In a statement Dutoit said: “The allegations made against me are as shocking to me as they are to my friends and colleagues. I do not recognise the man or the actions being described in the media.

“Whilst informal physical contact is commonplace in the arts world as a mutual gesture of friendship, the serious accusations made involving coercion and forced physical contact have absolutely no basis in truth.

“I believe within this current climate, media accusations on serious physical abuse do not help society tackle these issues properly if the claims are in fact not true."