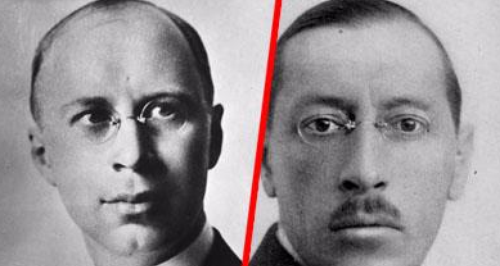 Time to put your boxing gloves down, boys! It transpires the composition-world is not battle free after all...

Most classical music fans will have a preference in the Bach vs. Handel debate – but which composers had real life disputes? (We promise there are some happy endings too) 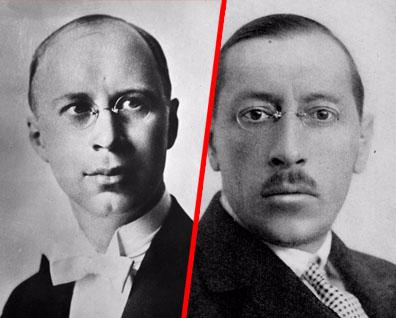 The Russian composers Sergei Prokofiev and Igor Stravinsky actually got on quite well. There’s no doubt that Prokofiev learnt a lot from Stravinsky’s writing – but he was very reluctant to admit it, and when he told the older man that there was “no music” in his 1910 ballet score The Firebird, the stage was set for quite a spat. Now, 107 years after the ballet was premiered, that seems unfair – who could possibly dislike the delicate music from this scene, when the enchanted princesses dance and play?

But Stravinsky got his own back in 1922 when Prokofiev played him part of his opera The Love for three Oranges. Stravinsky just sniffed “you’re wasting your time composing operas.”

We can't agree, Stravinsky. Not when there's music like this thoughtful, wistful passage describing the Prince and Princess.

But Stravinsky thought Prokofiev was wasting his time. Prokofiev's reply? He said Stravinsky “was in no position to lay down any artistic direction” and Stravinsky became “incandescent with rage.” Prokofiev recalled some time later that “we almost came to blows and had to be separated. Relations became strained for several years.” 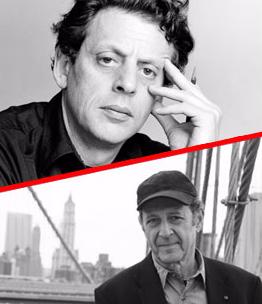 The difference in opinion between Prokofiev and Stravinsky is nothing compared to the 40-year stand-off between modern minimalists Philip Glass and Steve Reich. Like Bach and Handel, they were exact contemporaries, unlike the Baroque composers they studied together – at the prestigious Juillard music school in New York. And when they were struggling young composers they even worked closely together. But then they fell out for decades. But why?

As success beckoned for both Glass and his friend Steve Reich, egos seem to have got in the way. They stopped trusting each other and accusations started to fly about. Then Glass retracted the dedication of a new work to Reich and that was the last straw. For four decades.

The turf wars between Glass and Reich were thankfully finally resolved. Even though they didn’t speak or appear together for almost 40 years, and in 2012 they relented, and as Steve Reich reported, found that they “got along just fine.” As Philip Glass said a couple of years later, “our relationship WAS competitive, but the music world’s like that – difficult for everybody.”

Brahms vs. ...well, everyone. (But particularly Liszt and Tchaikovsky)

Johannes Brahms had a gift for falling out with just about everyone. For Brahms, life was no laughing matter, and his guiding light in all things musical was Beethoven. And in Beethoven-worship, there were definitely two camps in the mid-19th century: for Brahms and his allies, Beethoven was part of a steadily-evolving classical tradition. However, Liszt and his friends regarded him as one of the great revolutionary ground-breakers. There wasn’t much room for agreement, and many people felt forced to choose one or the other school of thought.

The dispute wasn’t helped by the fact that Brahms and Liszt didn’t like each other. Liszt called Brahms’s music “hygienic, but unexciting” – ouch. However, that might just be because Brahms rather conspicuously dozed throughout the premiere of Liszt’s great Piano Sonata in B minor.

Liszt wasn't the only composer during whose premieres Brahms fell asleep. During the premiere of Tchaikovsky's glorious Symphony No. 5, Brahms also fell asleep! There was no love lost between these two great composers: Tchaikovsky said of Brahms: “I consider you very untalented, full of pretensions but utterly devoid of creative inspiration. I rate you very poorly.”

On a happy note, the Brahms/Tchaikovsky spat was resolved in 1888 during a rehearsal of Brahms’s Piano Trio No. 3. Brahms and Tchaikovsky met properly for the first time during the rehearsal and found that, after many angry words about each other, they actually got on. OK, not to the extent of becoming best buddies, but at least the vitriol in their diaries and letters was turned down a few notches.