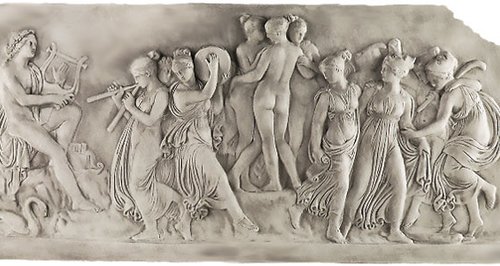 From their meaning to their history in Western music, here's an easy guide to modes.

The word ‘mode’ comes from the Latin for ‘manner, or method’ but musical modes all originated in ancient Greece, so they have Greek names.

The modes were named after various regions, perhaps to represent the people who lived there, because Greek musical theorists were philosophers too, and associated the arts with aspects of morality.

Basically, a mode is a type of scale, as in ‘doh re mi fa so la ti do’. Alter just one of those notes and you can call your scale a ‘mode’.

Long before people started thinking about pieces of music having ‘keys’, each mode is believed to have begun on a different note of the scale, conferring its own character to the set of notes running, for example, C to C (Ionian mode) or E to E (Phrygian mode) and so on.

Read more: What is the point of practising scales?

How many modes are there?

The seven main categories of mode have been part of musical notation since the middle ages.

So, the list goes: Ionian, Dorian, Phrygian, Lydian, Mixolydian, Aeolian and Locrian. Some of them are major modes, some are minor, and some are ambiguous. Some modes are sadder or holier than others.

The Ionian mode is a simple ‘doh re mi’ major key. It is the modern major scale. It is composed of natural notes beginning on C.

The Dorian mode is very similar to the modern natural minor scale. The only difference is in the sixth note, which is a major sixth above the first note, rather than a minor sixth.

Good examples of the use of Dorian mode in music are 'Billie Jean' by Michael Jackson, 'Smoke on the Water' by Deep Purple and the traditional Scarborough Fair.

The Phrygian is the third mode. It is also very similar to the modern natural minor scale. The only difference is in the second note, which is a minor second not a major. The Phrygian dominant is also known as the Spanish gypsy scale, because it resembles the scales found in flamenco music.

Music that uses the Phyrigian mode include Liszt's Hungarian Rhapsody No.2, Rimsky Korsakov's Scheherezade, Vaughan Williams's Fantasia on a Theme of Thomas Tallis and the final aria of Philip Glass's Satyagraha.

The Lydian mode has just one note changed from the Ionian, a major scale, but with the fourth note from the bottom sharpened to give a slightly unsettling sound.

Music that employs the Lydian mode includes Chopin's Mazurka No. 15, the theme tune to 'The Simpsons', and the third movement of Ludwig van Beethoven's String Quartet No. 15 in A minor.

The single tone that differentiates this scale from the major scale is its seventh note, which is a flattened seventh rather than a major seventh.
Tunes that emply the mixolydian mode include The Beatles' 'Norwegian Wood', the theme to the TV series of Star Trek and Debussy's 'The Sunken Cathedral'.

Aeolian is the natural minor scale, heard in such popular songs as Bob Dylan’s 'All along the watchtower' or REM's 'Losing my Religion'.

The Locrian mode has five notes in its scale flattened a half-step.

There are passages in the Locrian mode in works by Rachmaninov, for example the Prelude in B minor, op. 32, no. 10, and in Sibelius's Symphony no. 4 in A minor.