1. Tenor proposes to his wife through the medium of song

One operatic tenor, Robert McPherson, decided this was the best way to propose to his partner, soprano Holly Braithwaite. After performing at the Blue Moon in Seattle as part of Opera on Tap, McPherson had time for one more song - ‘I Chose Right’ from the musical Baby. And then he got down on one knee… (contains strong language...)

2. Tenor William Matteuzzi nails a high F
In opera terms, getting this Bellini aria right is like trying to climb Everest in slippers. But good old William Matteuzzi scales the heights in this amazing recording - singing a fourth higher than a tenor's top C.

3. Ringtone guy gets owned by violist
Is this the most passive-aggressive response to someone's mobile phone going off in a concert? We think it might just be…

4. The cartwheeling soprano
This is an amazing way to finish an aria. What's referred to in the trade as a 'coffee-through-the-nose moment'.

5. Three-year-old conducts Beethoven like a boss
This isn't just a cute video of a kid waving his arms to a record, he's actually, properly conducting like a pro! Give him a couple of years and he'll be insufferable...

7. Juan Diego Flórez nails 9 top Cs
Another feat of incredible singing, JDF gambols about the stage without a care in the world, so much so that you almost forget that he's singing eardrum-explodingly high notes. Nine of them, in fact.

8. The Dancing Conductor
During a performance of Bernstein's Candide, conductor Joseph R. Olefirowicz decides that he's had enough of conducting properly and decides to do a dance instead.

10. World's fastest violinist
No stranger to a deep-V and a spangly violin, Ben Lee is also in possession of (officially) the nimblest fingers in the violin world. Behold his bumblebee below… 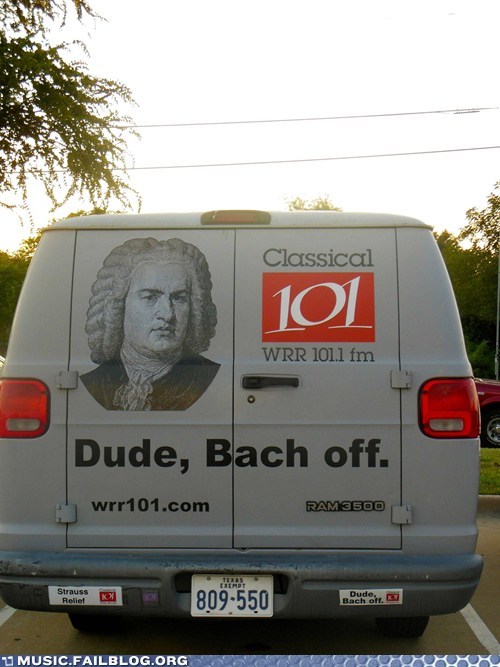