The most crushing, perfectly placed silences in classical music 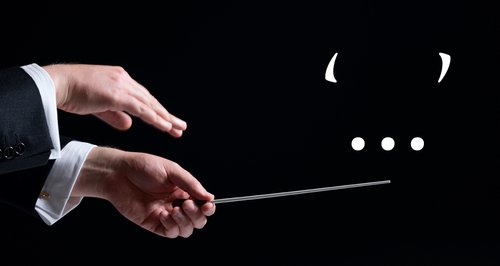 Sometimes it’s the space between the notes that makes all the difference. Here are the best examples of composers using silence to make their work that little bit more special.

So much to say about the finale of this great symphony, but the closing chords and the absolutely huge silences in-between them are without doubt the focal point. Brash, indulgent, fudgy chords are all well and good, but listen to how daring those gaps are. Skip right to the end of this one.

When you’re trying to evoke the pre-Darwinian birth of the world in music, silence is going to be necessary at some point. But Haydn uses it beautifully in the opening section of his oratorio - just after the chorus sing, ‘Let there be light’, Haydn drops in a potent pause, which is shortly, perfectly answered by a colossal ‘AND THERE WAS LIGHT’ and assorted orchestral splendours. Quite something. Skip to 7:50 for the full effect.

The great symphonist’s last attempt and, some say, his greatest. The final passage of the final movement, Mahler’s farewell to the world (he was diagnosed with terminal heart disease as he composed it), also contains some of the most poignant silence imaginable. The final notes are marked ‘ersterbend’ (‘dying away’), so it’s almost impossible to tell when the silence actually begins, but it’s loaded with such incredible thematic weight that it becomes weirdly deafening. You strain so hard to hear something that, ultimately, you just can’t.

The whirling intensity of Barber’s most famous piece comes to a genuinely shattering (emotionally, physically, mentally, EVERYTHING) at about two-thirds of the way through. It’s as if all energy has been spent, but there are still chords to resolve - the silence between the colossal, reckless volume and the timid, reticent re-entry is one during which you simply won’t be able to breathe. Start at 5:30.

Well, we can’t really leave this one out, can we? Though the arguments about whether or not it’s actually music or not have quietened down a bit since the ‘50s, it’s difficult to overstate the impact of composing a piece made up of literally nothing. Start at the beginning, obviously…