How did music notation actually begin? 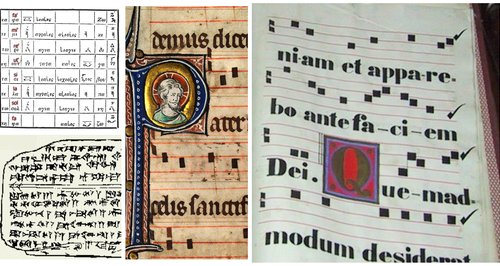 Crotchets, quavers and staves are the product of centuries of evolution and refinement. But who started it all - and how different did music look a couple of thousand years ago?

On Saturdays at 9pm we have a brand new series in partnership with the Honda Jazz Sport. Hosted by Julie Walters, Turning Points looks at the moments in history that changed classical music forever. Here’s one of the biggest.

It all started with the Ancient Greeks.

Sadly, there are very few examples of written music from Ancient Greece – but we do know that the Greeks were crucial in setting the groundwork for music theory.

Pythagoras (c. 570 – c. 500 BC), for instance was interested in how music worked and he was probably the first to look into the numerical relationships between music intervals (that an octave is made up of a fourth and a fifth). Plus, the Greeks invented the idea of a tetrachord – four notes of a scale.

Read more: This is the oldest melody in existence - and it’s utterly enchanting

In the sixth century, Boethius, a Roman senator, wrote the influential De Institutione Musica (The Principles of Music), bringing the Pythagorian understanding of maths and music to medieval Western Europe.

A few decades later, Pope Gregory (the guy who invented the Gregorian chant) started the first music school in Europe: the Schola Cantarum. By this time, it was becoming quite popular to learn about music.

This called for an updated system of music notation.

“Unless sounds are held by the memory of man, they perish, because they cannot be written down,” said the scholar St Isidore of Seville, who got sick of forgetting music all the time.

In 650 AD, St Isidore developed a new system of writing music, using a notation called ‘neumes’. Vocal chants (the popular music of the time) would be written on parchment with the text, above which neumes would be notated, indicating the contour of the melody.

Neumes were a pretty great invention at the time, but they had one major flaw: the singers didn’t know exactly which note to sing – only whether to sing higher and lower than the last note.

Around 1000 AD, the Italian music theorist saw that people were struggling to learn chants from ‘neumes’ and thought there must be a more accurate notation system out there.

He created a system of four-lined staves (an early version of the five-lined ones we use today), and organised pitches into groups called ‘hexachords’. He also added time signatures and invented solfege – the framework we know today as ‘do, re, mi, fa, so, la, ti, do’.

Crucially, this means that without Guido of Arezzo, ‘Do-Re-Mi’ from The Sound of Music might not exist.

But music notation was still missing one thing: the duration of notes.

Around 1250, Franco of Cologne invented a system of symbols for different note durations, which consisted mostly of square or diamond-shaped black noteheads with no stems.

In 1320, Philippe de Vitry built on his idea, creating a system of mensural time signatures for minims, crotchets and semiquavers. By 1450, white notes had begun to overtake black notation, so most note values were written with white noteheads – as you would write a semibreve or minim. Then in the 17th century, note values started to look a bit rounder. 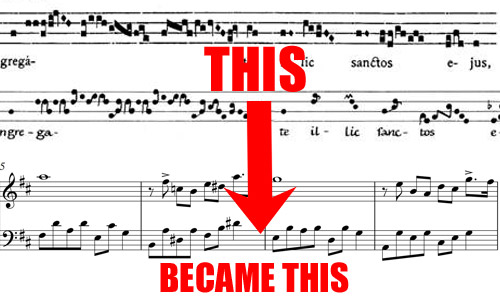 Throughout the 1600s, music notation continued to evolve according to the music of Renaissance and Baroque composers. So when instrumental music overtook vocal music as the most popular genre, a change in music notation was needed.

Instrumental musicians were still using Guido D’Arezzo’s system of staves and notation (albeit a slightly modernised version) but they found there still wasn’t enough information for their liking.

So, composers began to introduce barlines, dynamic markings and performance directions – like this one: 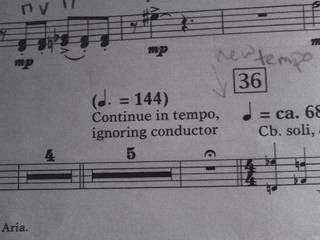 The 1950s saw the invention of graphic scores, which combine art and music in a sort of musical map, giving the performer a guide – rather than strict instructions – on how to play the music. As such, graphic scores have often been interpreted as a reaction against the highly detailed sheet music of the 20th century and 21st century.

So, what will sheet music look like in the year 3000? It could go completely back to basics again, and leave it all up to the performer to interpret the music as they wish.

Or it could get even more artistic, like this… 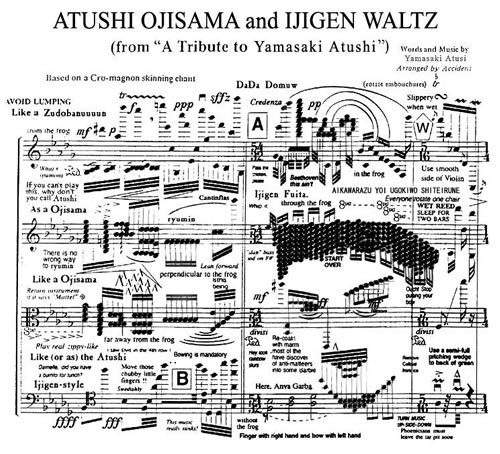