How do you get rid of an earworm? 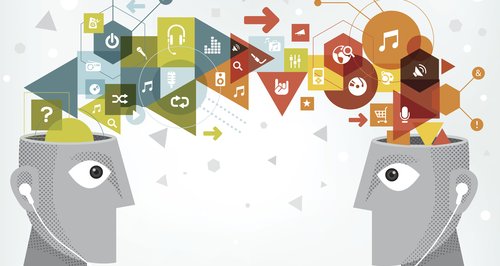 Earworms are those annoying tunes that get stuck in your head for hours, or sometimes days at a time. But what causes them and more importantly, how can you get rid of them?

What is an ear worm?
An earworm is basically a piece of music stuck in your head, a bit like a needle stuck in a groove of a record. Around 90 per cent of people say they get an earworm at least once a week.

The technical term is 'involuntary musical imagery', or INMI, and a study by Durham University published in 2014 described them - here's the geeky bit - as 'perceptions of spontaneous, repetitive musical sound in the absence of an external source'.

But we listen to thousands of songs every year and not all of them get stuck in our brains on repeat. So what causes some of them to get stuck?

What causes an earworm?

According to the research done by Dr Kelly Jakubowski at Durham University, music that is fast, quite generic and has an easy-to-remember melody is more likely to become an earworm.

But there has to be something that makes the song stand out – unusual intervals, for example.

Dr Jakubowski explains: "Our findings show that you can to some extent predict which songs are going to get stuck in people's heads based on the song's melodic content.

"These musically sticky songs seem to have quite a fast tempo along with a common melodic shape and unusual intervals or repetitions like we can hear in the opening riff of 'Smoke On The Water' by Deep Purple or in the chorus of 'Bad Romance' by Lady Gaga."

Other songs that came up as common earworms were 'Don't Stop Believing' by Journey and Kylie Minogue's 'Can't Get You Out of My Head'.

The study also found that earworms were more likely to surface when someone was doing an activity that didn't require more brainpower - such as having a shower or doing chores.

How to get rid of it

There are a number of things you can try if that bar of Bach has been driving you mad for a week.

2. Distract yourself with another song. Try listening to or singing another song. According to the research done by Dr Jakubowski, 'God Save the Queen' is a popular one for this.

3. Ignore it. Try not to think about the piece providing you with internal background music and it'll almost certainly fade away.