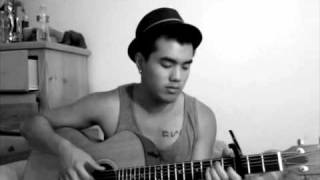 A guitarist played a beautiful cover of Free Fallin’, the opening track from Tom Petty’s debut solo album. And it’s the perfect way to remember the US singer, who died this week.

This cover comes from Joseph Vincent, a young guitarist who fell in love with the song Free Fallin’, written by Petty and his writing partner in 1989, and famously covered by John Mayer in 2008.

Tom Petty was best known as the lead singer of Tom Petty and The Heartbreakers. He also co-founded the Traveling Wilburys group in the late 1980s, touring with Bob Dylan, Roy Orbison, Jeff Lynne and George Harrison.

Actor Kiefer Sutherland tweeted: “Today America lost one of its musical giants. Thank you Tom Petty for all the music. To me you will live forever.”