This image appears in the gallery:
The treasures of the Royal College of Music 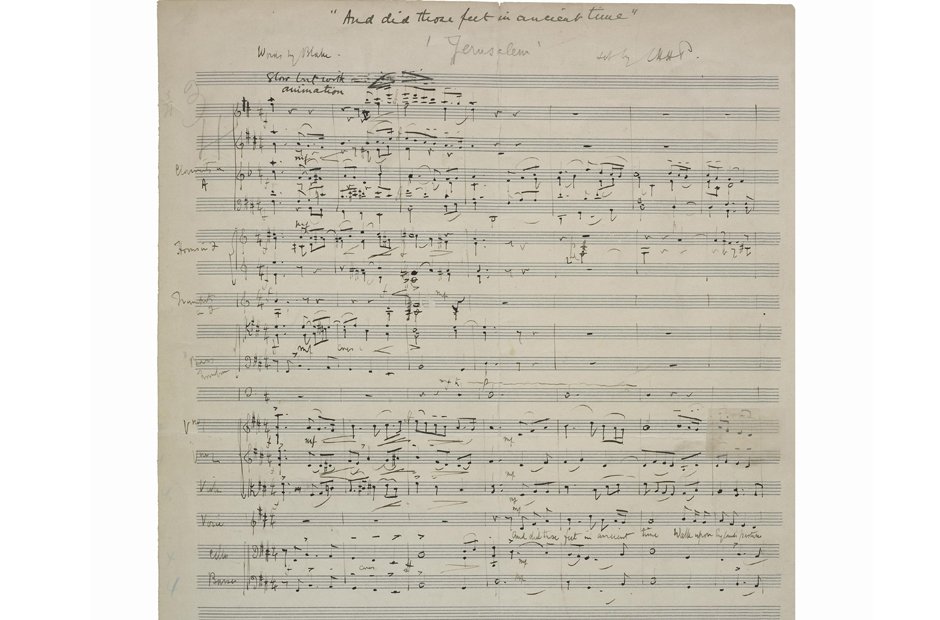 At its first performance at a meeting of “Fight for Right” on 28 March 1916, Jerusalem was sung with organ accompaniment, but Parry later orchestrated it for use at large-scale concerts, and in 1922 Elgar re-orchestrated it in the version that's best-known today.

See the full gallery: The treasures of the Royal College of Music

11,000 voices sing ‘You Are My Sunshine’ in heartwarming finale to Gareth Malone’s lockdown choir

A chandelier crashed to the floor during a guitar recital. Luckily, no one was hurt.

This piano doesn’t have any black keys. How will it sound?