Christmas carols, but sung to a whole-tone scale

A Californian elementary music teacher has a geeky music theory take on the most popular music of the season.

’Tis the season... for geeky versions of Christmas carols.

Over the last few days, a video of whole-tone Christmas carols has blown up on social media. Music teacher and A+ music geek, Anna Santiago, recorded a video of herself singing a few popular carols, each transposed into a whole-tone scale.

A whole-tone scale is a scale where every note, from octave to octave, is separated by the interval of a whole tone with no semitones. (in C major that’s C, D, E, F#, G#, A#, C). Because this scale doesn’t contain the usual contours of major and minor, it has a very different, unresolved quality.

And, well, you can hear how that feels on a few of our seasonal choral faves.

Anna Santiago is an elementary music teacher in California. She told us she made the video when she was bored during a lunch break in December 2018. The video has been rediscovered this year and apparently her inbox is now blowing up with festival requests in funny tonalities.

Bravo, Anna. We hope your students appreciate you in your geeky Internet fame.

If you’re in the mood for more fun with tonality this festive season, here are some carols in major and minor keys, courtesy of YouTuber Chase Holfeder. 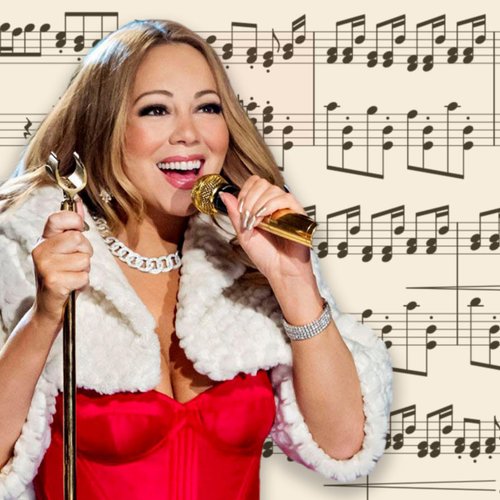