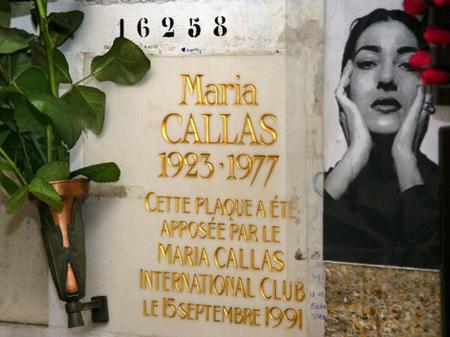 Callas spent her last years living largely in isolation in Paris and died aged 53 on 16 September 1977 of a heart attack. She later was cremated at the Père Lachaise Cemetery and her ashes were placed in the columbarium there. After being stolen and later recovered, in the spring of 1979 they were scattered over the Aegean Sea, off the coast of Greece, according to her wish.