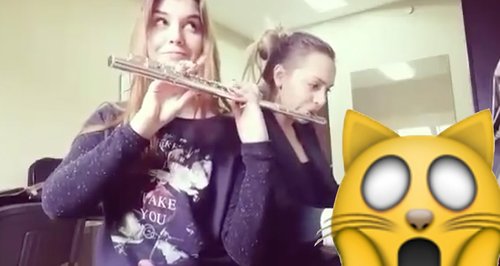 Ariana Piknjač & Nikolina Šušak used a break in between lectures to play a bit of Mozart’s Flute Concerto in G major… but with a twist that involves some impressive multi-tasking.

Two music students at the Music Academy of Srajevo took a break from studying to film this impressive version of Mozart’s Flute Concerto in G major.

And if you want to find out more about Ariana Piknjač, here's her website.