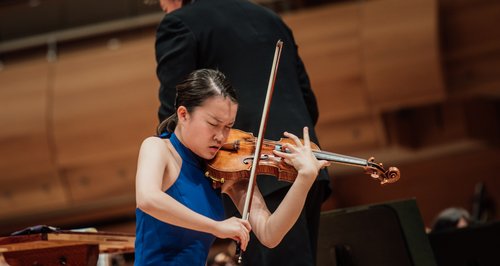 Ayana Tsuji has won the Montreal International Violin Competition, and managed to take home a huge range of special prizes too.

Tsuji, 18, performed the Sibelius violin concerto in the second night of finals on Tuesday, which proved enough to convince the jury to award her first prize.

Classic FM caught up with Tsuji backstage before she played the Sibelius, and she gave us a sneak preview:

Bomsori Kim also won the Radio Canada People’s Choice Award, which gives her another $5,000. The award was voted for by concert attendees and via an online poll.

You can watch a stream of the whole concert here: