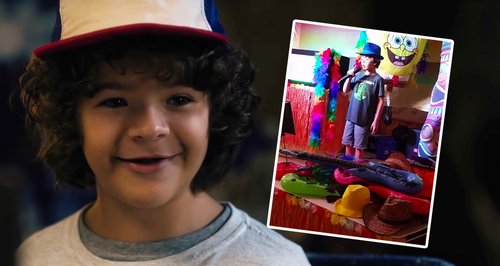 Here he is singing the Les Miserables classic ‘Bring Him Home’, at what looks like the weirdest kids’ birthday party ever:

Matarazzo was part of the touring production of Les Mis, playing the role of Gavroche, so it’s possibly no surprise that he happens to have a cracking set of pipes.

It’s just one of a series of musical revelations from the cast of Stranger Things - other members have been posting videos of themselves covering Nirvana songs on guitar and singing Amy Winehouse classics.

Listen to a gorgeous piano version of the Stranger Things theme

The monumental sound of 2,008 people drumming to one beat at the Beijing Olympics Opening Ceremony