Why don’t we clap between movements? 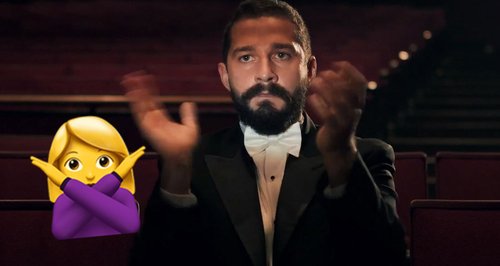 There’s a bit of a tradition in classical music that you only clap after a piece has finished – and never in between movements. But why does this ‘rule’ actually exist?

Here’s a pop concert audience, enthusiastically clapping away during a song:

At a classical concert, you can’t guarantee that this display of enthusiasm won’t earn you a few tuts from other audience members.

But it hasn’t always been this way.

Composers like Mozart actually expected people to talk during their concerts – and they enjoyed hearing spontaneous applause. Individual movements were even played all over again if they received a big enough reaction.

Then, claques were born.

Many composers strongly objected to them. Mahler even specified in the score of his Kindertotenlieder that its movements should not be interrupted by applause.

And he wasn’t alone. In 1842 at the debut of his ‘Scottish’ Symphony, Mendelssohn explicitly asked for it to be played without a break, to avoid any interruptions. Schumann did the same for his piano and cello concertos, as well as his Symphony No.4.

By the time recording equipment came around in the 20th century, applauding in between movements came to be heavily frowned upon.

People started to think that clapping between the movements of a symphony distracted from the unity of the piece, punctuating works with unnecessary noise on live CD recordings.

Today, it’s still a bit of a faux-pas

People first wanted to leave the clapping until the end of the work so that audience members could listen to the music totally undisturbed, without the distraction of applause in between movements.

And although not a major one, clapping between movements is still considered a bit of a concert faux-pas today.

But many people in the industry disagree…

“Clapping does not bother me in the least,” says Marin Alsop, conductor of the Baltimore Symphony and São Paulo State Symphony. “When Beethoven pieces premiered, people would clap within the middle of the piece.”

“The only time I am disturbed by applause,” she tells The Independent, “is when it feels perfunctory or obligatory simply because something has concluded – for example at the end of a slow movement of a Mahler symphony.”

Chicago Symphony Orchestra bassoonist William Buchman agrees: “Unlike a lot of other forms of music, silence plays an important role in a lot of classical music.”

“The silence is as profound as some of the music, and when that silence is not allowed its space, you lose a lot of the emotional impact that the silence can otherwise generate.” (Chicago Tribune)

So, do we need to get more comfortable with silence?

Perhaps the answer to the problem is that we should get used to hearing the sound of silence.

But if you can’t help bursting into spontaneous applause after the epic crescendo at the end of the first movement of Rachmaninov’s Piano Concerto No. 2 (and who could blame you!), ignore the disapproving tuts and go for it.

It’s not every day you get to watch Yuja Wang perform some epic Rachmaninov...