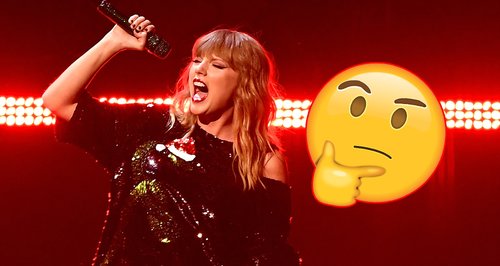 Where so many of her contemporaries pride themselves on technical excellence, Taylor Swift proves that there’s more to a great voice than just the fireworks.

With a middling soprano range that seems more secure in its middle and lower echelons, Tay-Tay’s singing voice is not the most technically adept in the pop world. But that doesn’t mean she isn’t doing interesting things with it…

She’s a country singer at heart

Country singers are in love with the sound of their own voices. That’s not to say that they’re self-obsessed, but something about the personal narrative in country music turns its most successful acts into storytellers as well as singers - and clarity of vocal expression is how you communicate those stories. Just think of Dolly Parton and Tammy Wynette - fine singers on a technical level, but it’s the stories we remember. A young Taylor Swift, trying to break through the Nashville music scene just as Dolly and Tammy did in their day, would’ve lapped those stories up and sought to tell her own.

A music theory analysis of the new Taylor Swift single >

‘Teardrops On My Guitar’ is fairly indicative of Swift’s early vocal style - a plain melody, unadorned with any vocal tricks or flourishes whatsoever, allowing the story to gently come to the fore:

She speaks to her audience: literally

Similarly, in this live performance of ‘Picture to Burn’ from 2006, the story is at the centre - so much so that she speaks key passages rather than singing them. And while this works from a storytelling point of view, the nuts and bolts of her voice are obviously struggling - it’s pitchy, insecure and doesn’t feel entirely safe, but the narrative of the song survives thanks to her delivery.

Taylor’s voice is characterised by its adherence to simple melodies, and its very few inflections or ornaments. Singing plainly is nothing to be ashamed of, but in a world of Beyoncé and Bruno Mars, she does tend to stick out as a distinctly un-flashy performer. When she’s called upon to sing quickly and nimbly, the security tends to slip (listen to how she delivers the “I’m lightning on my feet” passages on ’Shake It Off’ - she just about holds on).

A detailed musical analysis of the new Madonna single, ‘Medellín’ >

In her most recent ‘bad gal’ incarnation, much has been made of the rather distinct vocal patterns she’s used on certain recordings. For all its bizarrely-scanning phrases, ‘Look What You Made Me Do’ is merely Taylor using her strongest suit - using a mixture of speech and simple melody to convey her message in a manner not dissimilar from her earliest live performances.

So is she a good singer?

Yes, but not by traditional standards. Unpolished, untechnical and lacking some rudimental skills - but listen to how she tells a story and all is forgiven. This live version of ‘Wildest Dreams’ is a perfect distillation of how Taylor’s voice works. The pitching is all pretty safe, the breath control is all over the place, but the real action is going on in the words - because her singing voice is so close to speaking, like so many of the country singers that inspired her, it becomes a successful performance.

You won’t see Taylor ad-libbing, nor will you see her cramming endless runs into her melismas. But if you want a song communicated plainly and sensitively, with more than a nod to overarching narrative, Taylor’s the singer for you. If we were to align her sung output with a classical equivalent, it would be the songs of Franz Schubert. Although the technical challenges of his song cycles are not insignificant, a truly great performance relies on the singer’s ability to tell a story.

So let’s get Taylor working on a recording of Die schöne Müllerin, right?