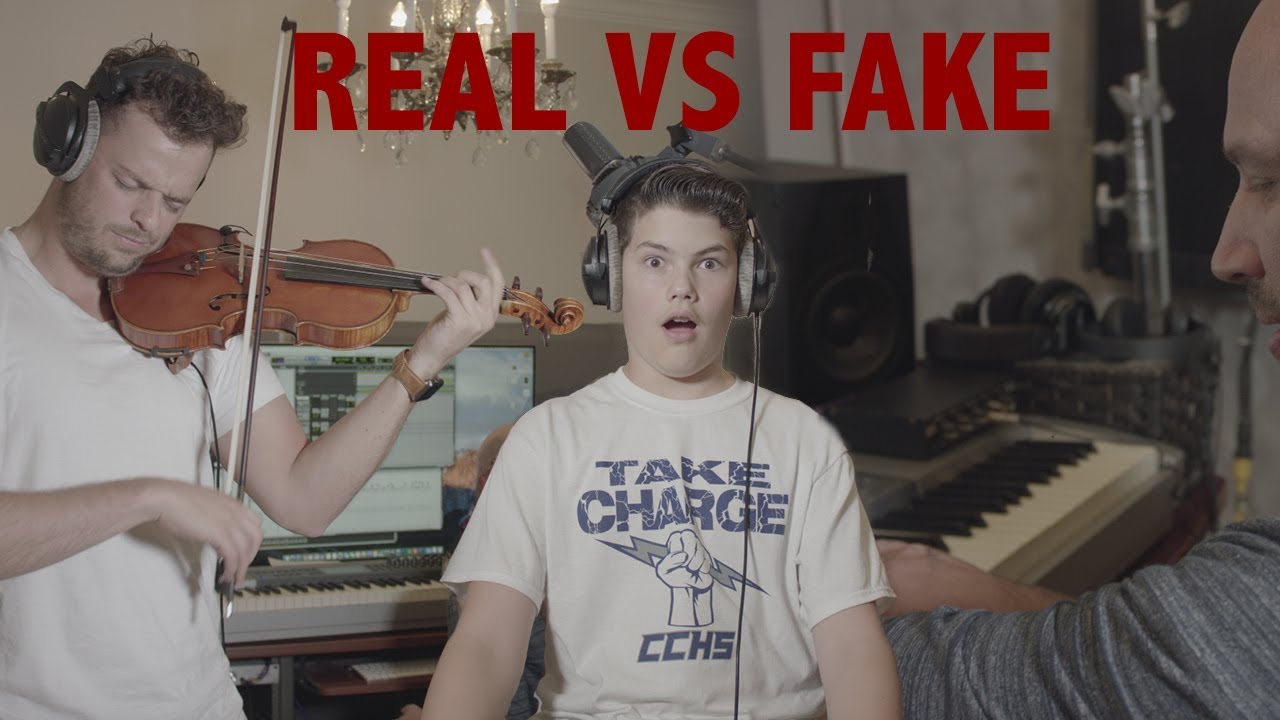 REAL VS FAKE Violin Sound: Can you hear the difference?

This violinist did an experiment to test whether people could hear the difference between a real and synthetic violin sound. Can you hear which is which?

MIDI (Musical Instrument Digital Interface) and synthetic violin sounds are becoming more and more popular among music producers, who need to quickly and easily recreate the sound of the string instrument.

But does that mean the sound of a real violinist on a recording can actually be replaced by a MIDI sound?

Violinist Rob Landes collaborates with sound producer Aaron Edson in this video, in which three guests are invited to listen to two samples, featuring either a real or synthetic violin sound.

So, is it possible to tell the difference?

If you’ve heard your fair share of string music, you’ll notice the difference (clue: the string crossovers and bow strokes are probably the biggest giveaway).

“In the first one, you can hear how the bow strikes down on the string. There’s a bounce to the first note, that you don’t hear in the second one,” says one of the participants.

Music producer Aaron agrees. “I don’t ever think that when you’re exposed to real playing, you can really be fooled by the electronic simulation of a violin,” he says in the video. “It’s one of the hardest instruments in the world to try to sample and fake on a keyboard.”

“The speed of your vibrato – how many of the hairs on your bow are touching your string. I don’t have any of that control over here. You have infinite range, and we just don’t have that technology.”

But that doesn’t stop producers like Aaron from using MIDI to produce the sound of an orchestral instrument.

“Often if we’re on a budget and we can’t afford a whole orchestra, we’ll bring in a guy like Rob to play over the top of all the other programmed instruments,” he says.

“Once your ear hears and feels the passion of that main player, you kind of forget and forgive the rest of it – which is good for us, if we don’t have the budget to get the London Symphony Orchestra.”