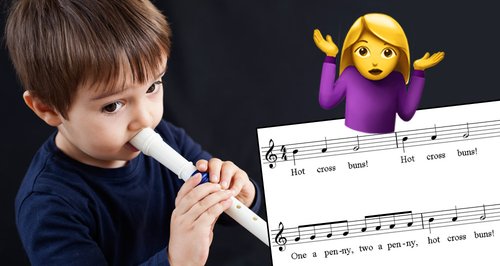 400 years ago, the recorder was so popular that people were writing concertos for it. Now, we associate it with primary school music lessons. We’re here to explain why...

Long before the recorder was used as a teaching instrument, Renaissance and Baroque composers like Monteverdi, Purcell and Bach loved to compose for this small, whistle-like instrument. Here’s Vivaldi’s lovely Recorder Concerto in C:

Back then, all recorders would have been made from wood and ivory – a far cry from today’s primary school plastic numbers.

So why did we start using them to play ‘Mary Had a Little Lamb’?

Fast forward to the 1900s, when Carl Orff – that’s the German composer who wrote Carmina Burana (the cantata which includes the epic ‘O Fortuna’) – thought it would be a great idea to use the soprano recorder as a teaching tool.

Aside from writing excellent music that would later be poached by The X Factor, Orff became instrumental in shaping music education theory in the 20th century.

His Orff Schulwerk encouraged learning music through rhythm and creative thinking, methods he thought to be much more effective (and enjoyable) than learning by repetition.

The work also called for a wider range of simple, easy-to-play instruments, specifically those with a similar vocal range to a child. Orff figured that if a child could sing the notes they were playing, they’d be more likely to understand it.

To him, the soprano recorder’s lack of strings, reeds, bow – or need to develop a good embouchure in order to make a half-decent sound on it – made it the perfect instrument to inspire children to play music. You could say the same for other teaching instruments, like the glockenspiel or the tambourine.

So do people still play the recorder seriously? 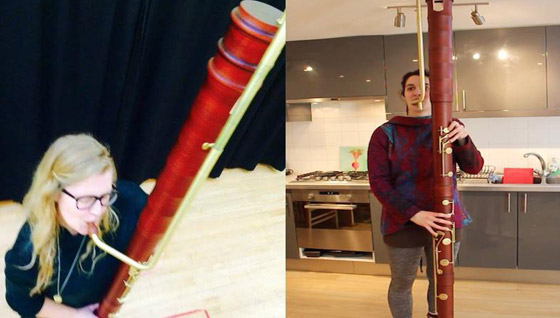 Imagine trying to play ‘Mary Had a Little Lamb’ on THAT.