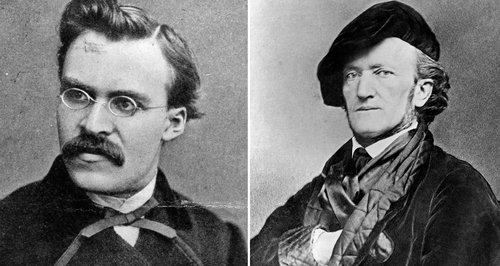 Friedrich Nietzsche argued that the ‘will to power’ is the force that drives us as humans. He also said that ‘without music, life would be a mistake’.

Despite finding most of his influence in philosophy and philology, Friedrich Nietzsche also composed several works for voice, piano and violin.

Surprised? Fear not: Nietzsche’s compositions might come as a revelation to even the most clued-up classical music geeks.

The controversial philosopher’s involvement in music began in 1858 at the prestigious Pforta school in Naumburg, Germany, when he started to work on musical compositions.

He was also introduced to the music and writing of Richard Wagner, who introduced the philosopher to the Hungarian composer Franz Liszt after they met in 1868.

Surrounded by great 19th century composers, it was easy to see how Nietzsche’s love for music could be nurtured.

Despite his love for music, the polymath’s compositions were heavily criticised – even by his friend Wagner.

The story goes that in 1871, Nietzsche sent a birthday gift of a piano composition to Wagner’s wife, Cosima. When Cosima played the piece in public, Wagner left before the end, and one of the guests found him rolling around on the floor, laughing, shortly after. Imagine that: Wagner literally LOLing at your handiwork.

Although, kudos to Nietzsche, he got him back with this epic insult: 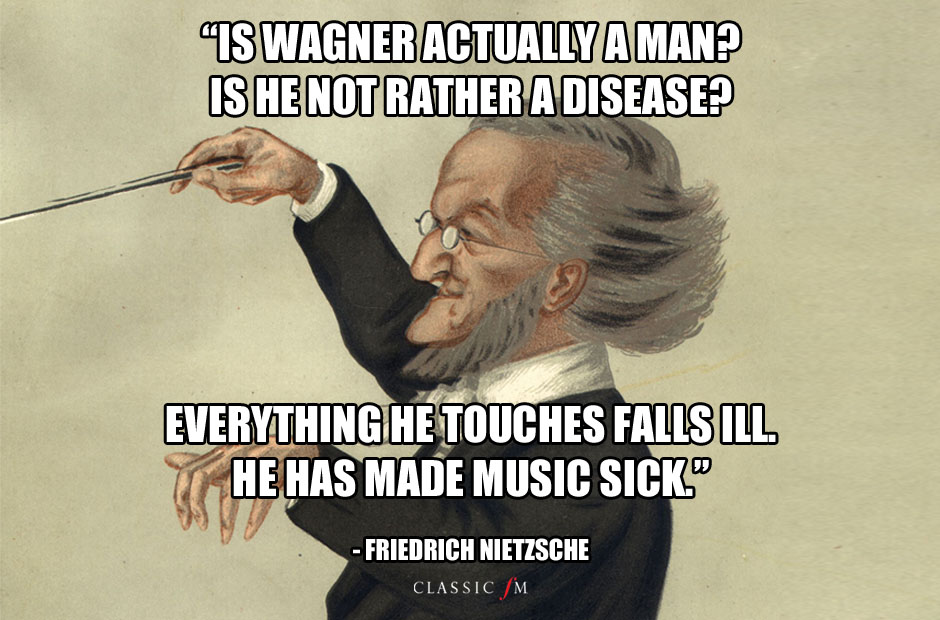 Nietzsche later parted ways with Wagner, even writing an entire essay – Nietzsche contra Wagner – about why he had decided to metaphorically stop returning his once-friend and idol’s calls.

The philosopher admired the composer’s musical expression but was angered by his life choices, including his own mistaken belief that Wagner had converted to Christianity, which he perceived as a sign of weakness.

Read more: 22 of the greatest insults in classical music

Wagner wasn’t the only one to criticise Nietzsche's work.

German conductor and pianist Hans von Bülow also labelled another of his pieces “the most undelightful and the most antimusical draft on musical paper that I have faced in a long time.”

Possibly not the *most* encouraging feedback for Friedrich.

Although his compositions were not always positively received, Nietzsche’s influence on classical composition has been widely accredited.

His philosophical novel Thus Spoke Zarathustra influenced several composers during the 1890s: Gustav Mahler’s Symphony No. 3 used the leitmotif from Zarathustra, and Frederick Delius based his choral piece A Mass of Life on the novel. Richard Strauss also based his Also sprach Zarathustra on Nietzsche’s novel of the same name.

What do you think of Friedrich Nietzsche’s compositions? Have a listen to a few more of them on Spotify and on the Cambridge Press website.