Watch the incredible moment the world stood still for a beautiful new piano concerto, at the heart of the 2008 Beijing Olympics.

In 2008, the eyes of the world were turned to a 26 year old, sporting spiky hair and a flashy silver suit.

Those were unmistakable trademarks of the early years of pianist Lang Lang. In 2008 he was already a global superstar, having established his reputation as one of the world's most compelling piano virtuosos.

The Opening Ceremony of the Beijing Olympics in August 2008 was one of the most highly anticipated events. An estimated two billion people tuned in to watch as a reemerging China showcased itself to the world. And at the heart of it was a piano.

The lights and cameras drew in to focus on a strikingly simple scene: a lone piano and stool, upon which sat the young pianist and a child. Then, as the music unfolded hundreds of dancers emerged, moving to create a beautiful abstract animation.

The music that evening was a new, eight-minute long concerto by Chinese composer Xiaogang Ye. It was such a striking moment.

After his moment in front of billions, Lang Lang said that he hoped his performance helped represent a new and changing China, and showcased the incredible profile classical music has in the country.

“As a young guy it is a big honour for me to play at the opening ceremony and to represent a new generation of Chinese people to the world,” he told Reuters.

“I’m part of a new generation in China enjoying a very different way of life from our parents. We love American culture and classical music but we also have strong Chinese traditions.”

Since 2008, Lang Lang's career and indeed classical music in China has only continued to grow. Lang Lang is passionate about music education, opportunity and the positivity that music can bring young people, setting up the Lang Lang International Music Foundation.

Of those two billion watching that day, we wonder how many people felt a spark of something new, and from that moment wanted to learn the piano, or discover more about classical music. And if lives were changed at that very moment. 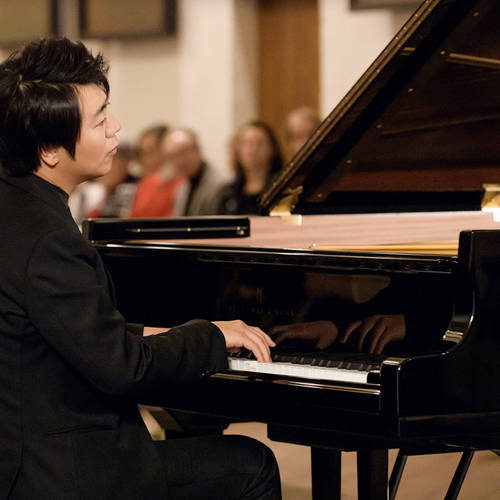