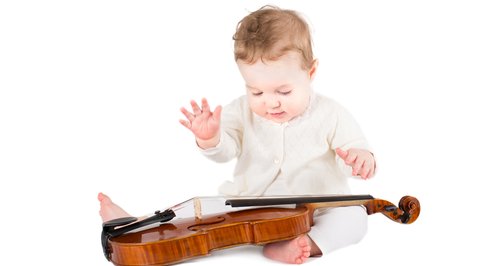 Studies suggest that listening to classical music can improve your hearing, spatial reasoning skills and even general intelligence. But is there any truth in the ‘Mozart effect’?

What is the Mozart effect?

The ‘Mozart effect’ was first reported on in 1993 by scientists at the University of California, Irvine, who asked individuals to listen to Mozart’s sonata for two pianos (K448) for 10 minutes, while others listened to either silence or relaxation audio designed to lower blood pressure.

Listen to the best classical albums for babies >

The study found the subjects who listened to Mozart showed significantly increased spatial reasoning skills for at least 10-15 minutes.

The finding since led crèches in the United States to start playing classical music to children. The southern state of Georgia even started giving newborn babies a free classical CD shortly after the study came out.

Have a listen to Mozart’s sonata here:

The same study investigated the long-term effects of music on the brain, by giving a group of three to four-year-old children keyboard lessons for six months. At the end of training, their performance in a spatial-temporal reasoning test was 30 per cent better than that of children of a similar age who were given computer lessons for six months or no special training.

The young children’s increased spatial-temporal abilities lasted for 24 hours, in contrast to the initial Mozart-based experiment, the results of which only lasted for 15 minutes. According to the study, this result was down to the greater plasticity of the young brain, and the length of exposure to the music.

See more: The best pieces of music to help you study

A separate test was later carried out on a group of rats in utero who were exposed to Mozart’s sonata for two pianos and minimalist music by Philip Glass, before being tested for their ability to find their way through a maze.

The Mozart group again completed the maze test significantly more quickly and with fewer errors than the Philip Glass group, suggesting that it might be the musical complexity of Mozart’s compositions that has a positive impact on people’s spatial reasoning.

Does music really make you smarter?

The results of the study have proven to be controversial. Most criticism of the findings argue that the ‘Mozart effect’ is due to ‘enjoyment arousal’; in other words, the subjects’ enhanced spatial reasoning was down to their enjoyment and appreciation of the music, rather than any mysterious effect Mozart’s music might have on the brain.

“Those who listened to music, Mozart or something else – Bach, Pearl Jam – had better results than the silent group. But we already knew people perform better if they have a stimulus,” Jakob Pietschnig, who led the study, told The Telegraph.

“I recommend everyone listen to Mozart, but it’s not going to improve cognitive abilities as some people hope,” he added.

The scientists themselves suggested that the basic activity of listening to music activated of the areas of the brain which are concerned with spatial reasoning – in which case, the result might be more accurately named the general ‘music effect’.

This baby, for example, loves a bit of Paganini...