The 10 worst things about being a viola player 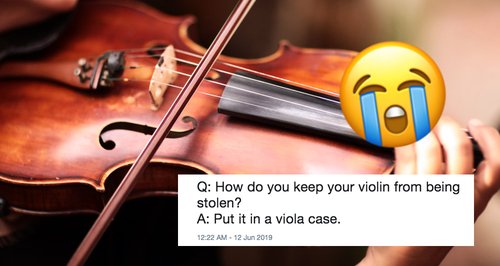 Thinking of taking up the viola? Be warned: you are in for a life of confusing clefs, ridicule and constant accompanying roles. Here are the 10 worst things about being a violist...

1. No-one even knows what to call you

2. It's more dangerous than a violin

There's a man in the front row who now requires extensive dental work.

3. "Oh, you should play Harold in Italy by Berlioz!"

Great idea, genius. Obviously no other viola works exist in the entire world, so that seems a logical one to aim for.

Even the violist's pin-up of choice was cruel to the viola. In fact, he had the following to say about anyone unfortunate enough to play one: "Viola players were always taken from among the refuse of violinists." Ouch. 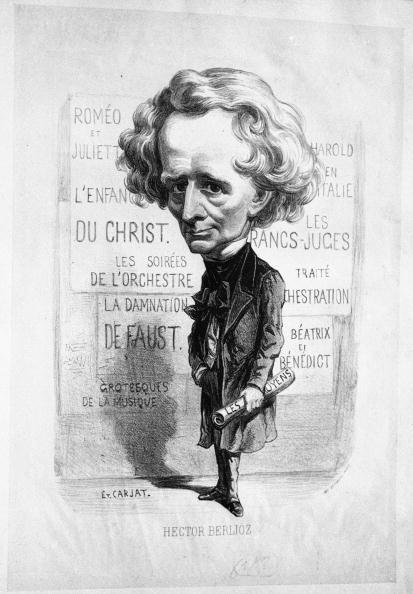 5. You have to read everything with alto clef instead of treble clef

"Give up the violin and play the viola, they said. It'll be fun, they said. Don't worry about unlearning everything you've learned about reading treble clef, they said."

6. The viola part in Ravel's Boléro

So what you do, right, is just play the same notes for 15 minutes and suppress the urge to set the Ravel museum on fire. Like this wacky guy.

Practise this sentence over and over again. It will answer all the questions anyone will ever ask you about your instrument. 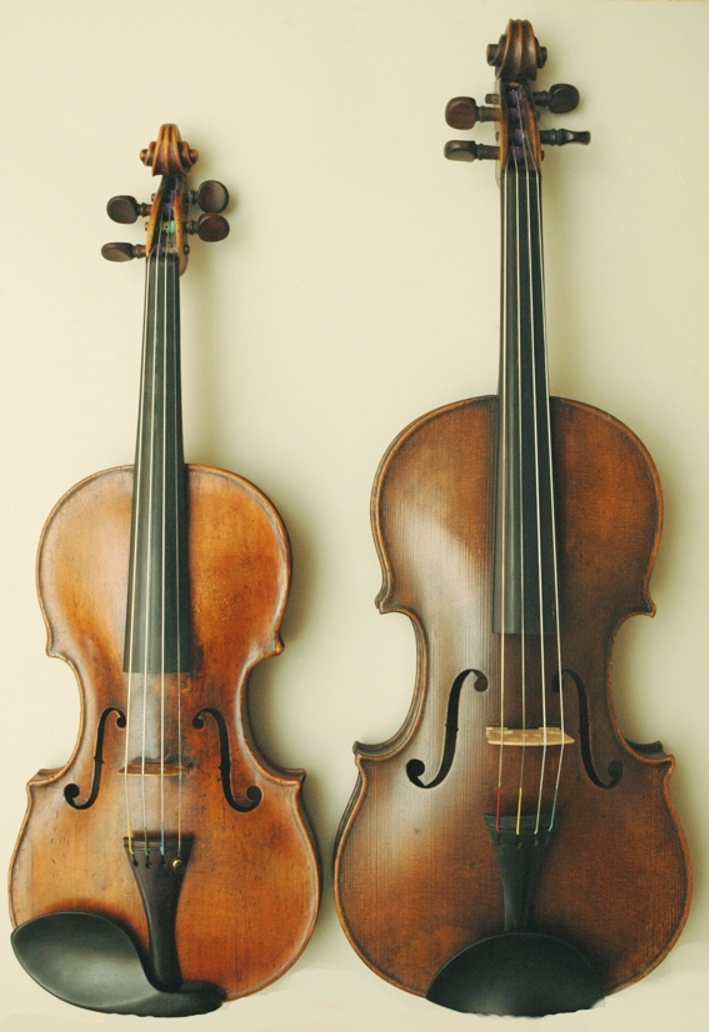 8. There are hardly any of you

It's a lonely old life being a violist. In a gang fight between violins and violas, even if the violas were extremely well organised, there are just too many violins to deal with. Not that we're encouraging inter-section brawling or anything.

9. If you play in an orchestra, you will be deafened

Unlike the violins, cellos and basses on either side, the violas bear the brunt of most of the brass section. Fortunately the woodwind section forms something of a spit-barrier. But the noise is still horrendous.

Just stop the jokes. Please. For all our sakes. 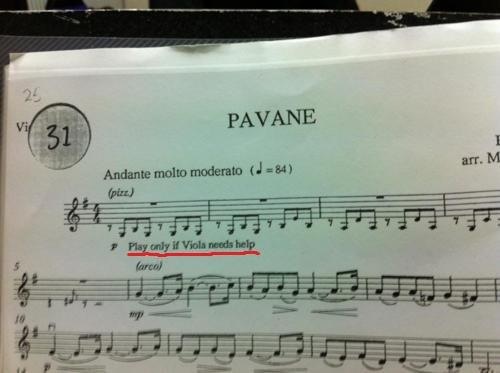