This image appears in the gallery:
Music in conflict: 26 iconic images 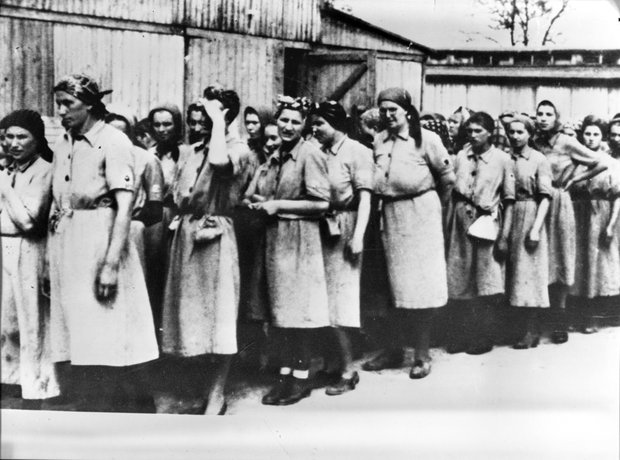 This undated file photo, taken by an SS guard, shows women prisoners lined up for a hard labour assignment at Auschwitz. Unlike most who perished in the Nazi death camp, any woman who stepped off the train with a musical instrument had a chance to live by playing in a woman's orchestra that performed for the entertainment of SS officers. Photo: PA