Music in an Afghan refugee camp

This image appears in the gallery:
Music in conflict: 26 iconic images 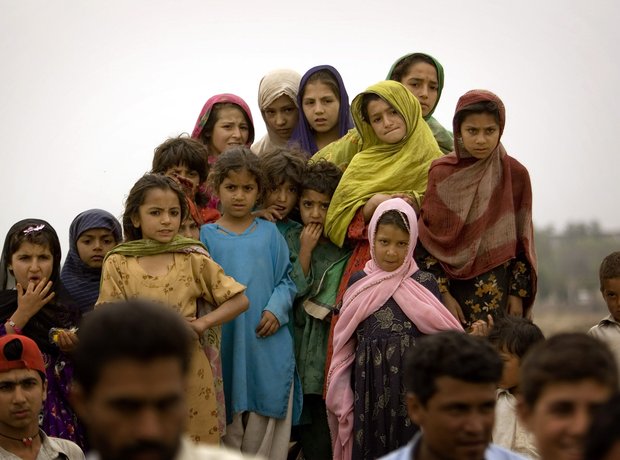 13. Music in an Afghan refugee camp

Afghan girls look on as musicians play folk music during a wedding party in a refugee camp on the outskirts of Islamabad Pakistan, Thursday, April 3, 2008. Pakistan plans to repatriate by 2009 all 2 million Afghan refugees who have fled violence in their homeland, even though most say they do not want to return. Photo: PA