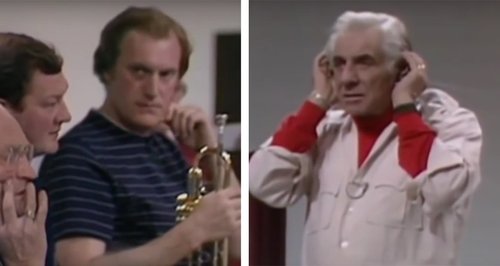 In the quest for perfection, you’re bound to upset some people. But Leonard Bernstein wouldn’t let anyone, not even some grumpy trumpets, get in the way.

He may not have given the clearest of instructions (“Not bwaaaa!”), but this tense exchange eventually gets the right result:

As an authority figure, few were respected so much as Bernstein - so it took a brass player’s gumption to stand up to him.

These conductor rehearsal videos are fascinating/terrifying

After some rather terse back and forth, the trumpet section work out their tone issues and deliver exactly what the Maestro asked for.