‘I was forced to ask life’s big question: Why do I play the violin?’ – the incredible story of a prodigy growing up in Communist Germany

Franziska Pietsch was a child prodigy with the world at her feet when, in 1984, her father defected from East Germany.

Franziska Pietsch grew up in The GDR – East Germany – and as a violin child prodigy, had access to the state’s top music teachers, resources and orchestras. She played the most difficult virtuoso works, by composers like Paganini and Wieniawski.

In 1984, she was preparing for the Menuhin Competition in London, when her life dramatically changed. Her father, who was also a violinist, had gone on tour with his orchestra to Austria. He didn’t return. He’d defected from the communist state to try and start a new life in West Germany.

For his wife and daughter, Franziska, who were left behind, the consequences were immediate and dramatic.

“Up to that point, because of my special talent, I was deemed a symbol for hope for the GDR,” she told Classic FM, “to represent this state to the world.”

“When my father didn’t return it meant two years of reprisals – I didn’t get any teaching anymore. You have to understand, the day before the teacher came to my home, because I was a special talent. Now, nothing more. I didn’t play a single tone.

“Now, the message was to try to convince me that I wouldn’t go with my parents, I wouldn’t leave the GDR. And they wanted to find out if I knew something about the decisions and the plans. They really tried to destroy me mentally for around two years. And this is not easy for a child.”

Franziska went from being a golden child, to someone viewed with suspicion. Suddenly, her concert schedule disappeared, she wasn’t allowed to appear in competitions. Her burgeoning career vanished overnight. Her mother requested family reunification, but there was no way of knowing whether the request would be granted, or how long it would take.

The young Franziska was left asking herself: why do I play the violin?

“I was forced to ask, at 14 years old, life’s big question – why do I actually play the violin now nobody is interested anymore? I understood, at this point, that these people, these teachers, the government – they didn’t want me, they just wanted my talent. I was not important.”

It was at this point that she stopped playing the virtuoso showpieces and instead turned to the music of J.S. Bach.

“Bach was like a key for me, to open a gate into a different dimension. It’s a world in a world, a kind of independence and freedom. It was a very deep thing. But this music doesn’t want to prove anything. Playing and working with this music was probably the beginning of me understanding that music, art in general, can have a message in this world. It’s something I really love.”

Now, Franziska is one of the world’s top violinists and has just released a recording of music by Shostakovich and Richard Strauss.

Shostakovich was a composer who worked under the restrictive regime of Soviet Russia. So it’s no surprise that Franziska identifies strongly with the composer.

“I was growing up in the GDR with the Russian music – these are my musical roots. Shostakovich was one of the most important composers who suffered at the hands of the system. I always thought, when I was 14 or 15, how could he write this music, in this situation?

“He could have run away – superficially, he knew that. But this was his fate. He would have viewed himself as a coward and would have always remained a prisoner, I think. Perhaps we would never have had this music if he had gone away.” 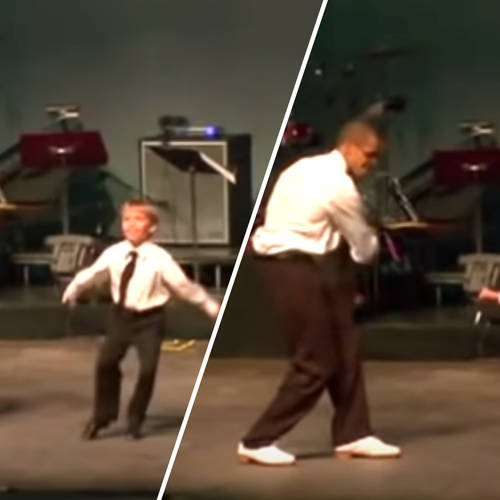